When we got to Kolkata 9th of September we had to find a hotel near the Deputy High Commission Of Bangladesh. By Kolkata’s yellow taxi we drove near the place and left the bags to look for a hotel.

We found a small hotel nearby, called Bengal Hotel. It is located on Circus Avenue surrounded by mosques. We rented a small room with a very good wifi for 1,400 Rs per night. At five o’clock in the morning there was a chant for a namaz (islam chant), just like a few minutes in the afternoon and twice more in the evening. 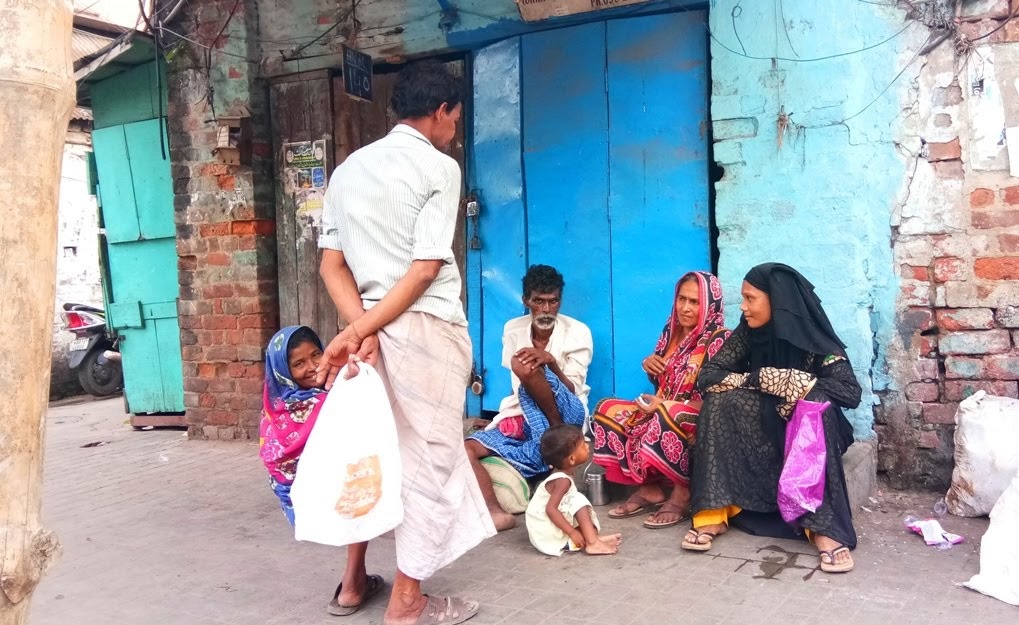 Life in the Muslim district of Calcutta

Bengal Hotel did not offer any meals or drinks, only mineral water in any quantities, which the service – a nice elderly Muslim – cooled in the fridge.

Tea – a very tasty milk tea – we bought at the corner of the street, pouring it into a plastic bottle, and meals we ate in nearby restaurants.

I conclude that hotel, restaurant or other services that basically require cleanliness are better provided by Muslims. In a hotel where the service is Indian bedding is not very often changed. Muslims, on the other hand, are known for their cleanliness and asked for clean bedding do not look very surprised, although in general on all other issues it is very difficult for me to get along with them.

The main thing to do was to get visas in Calcutta.

The online form of applying for a Bengali visa is supposedly simple, but I did not manage to go through it: at various stages it suddenly presented the data of some Muhammad instead of mine. I thought it was a system error, but the guy sitting with his computer on the street near the High Commission offering to fill out forms for a fee did not have such a problem.

For filling out forms, copies of Indian passports and visas, printing of applications and photos we paid 220 rs per person. The price for Indians is 100 rs, but – according to the service technicians – the visa form for them is simpler.

We had to have prepared passports and an address where we are going to stay in Bangladesh. However, the service technicians have – as in most of such points – alternative data of a hotel, where you do not have to stop.

We went to the window on the corner, the next day, where we were served out of order. Whether as foreigners, or because we had small children – I do not know. However, it went quickly, although the building was crowded with crowds of visitors.

We paid for Polish visas 1100 rs for a person receiving bills with the date of appearance to pick up passports. The whole procedure was 2 working days: on Wednesday we filed applications with passports, and on Friday we showed up for pickup. The man in the window served us quickly, did not even compare the photos in passports with their owners.