Tundi terrorized the peaceful Newari population for a long time until he was finally defeated. After his death, people rejoiced, trampling the demon’s body with the hooves of their horses. Legend says that it still poses a threat to the city and it is believed that the hoofbeat of horses at Tundikhel during the Ghode Jatra festival stops the demon from returning to activity. It is said that the faster the horses gallop the faster the Tundi spirit will be suppressed. For this reason, horse racing, cycling, and various acrobatics are performed at Tudikhel.

Ghode Jatra is organized and implemented jointly by the Nepal Army and the Nepalese Police annually on Tundikhel Square in the center of Kathmandu. The event is accompanied by a military brass band, and everything takes place in traditional colorful uniforms.

This year it takes place on the 1st of April. On the day of the horse race the area of ​​Tundikhel, in the center of Kathmandu, echoes under the thundering hooves of hundreds of colorfully dressed horses. Among the many attractions and presentations of martial arts, there are gymnastics, judo, karate, and taekwondo shows, a presentation of a rescue operation during which a wounded man is saved from a burning building by a military helicopter. The highlight of the day is military paratroopers who land at a designated place on the ground in the Tundikhel area. This is the time when the staff of the Nepalese army and the police use the opportunity to present their special skills.

The Tundikhel tribune is seated by the President and Prime Minister of Nepal along with ministers, foreign members, and other important personalities of the country. Huge crowds gather around Tundikhel, but they are not allowed in, they can watch the celebration from outside the fence.

The whole happening is called Pahachare Festival and it is on for 3 days.  Ghode Jatra is celebrated on the second day. 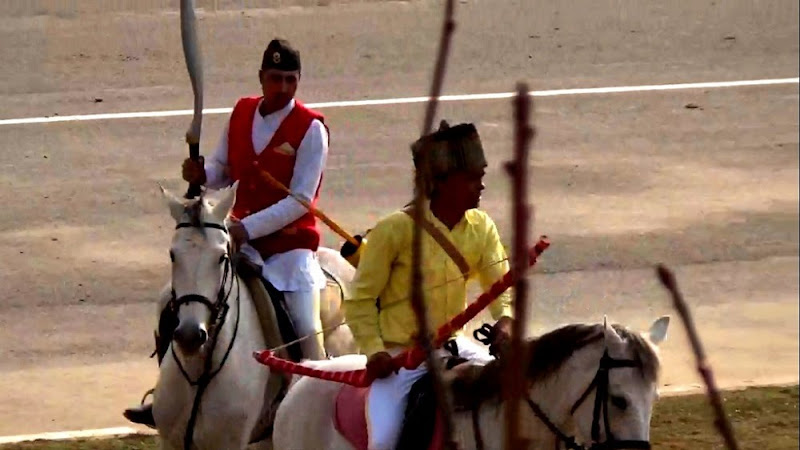 Pahachare begins on the new day of the month Chaitra in the Nepalese lunar calendar. This usually falls in mid-March or early April according to the Gregorian calendar.

Pahachare is a three-day festival of the Newari community. The word Pahachare means inviting guests in Newari. During this time, married women visit the homes of their parents and brothers to perform rituals together.

On the first day of the festival, on the eve of the Ghode Yatra, in the morning people perform puja, some offer animals. The Newar from different parts of Kathmandu cleans the surroundings – especially the water channels and the small river – which is the cult of Lukumahadev. Then they circulate statues of Hindu culture persona in colorful processions.

Lectins called khat supporting Bhairava, Lumadi, Bhadrakali , and Kankeshwari statues are placed opposite to each other near the Annapurna Temple on Ason Market, which is a symbol of the meeting of the sisters. Various caste communities in Kathmandu organize a feast at that time.

In the evening, statues of Bhairava, Lumadi, Bhadrakali, and Kankeshwari are again put on khat and tour the city. Then, on the Tundikhel Square, there is a further celebration of the meeting of the four sisters, during which the demon called ‘Gurumumpa’ (depicted as a giant with a terrifying face and protruding fangs) is finally defeated. 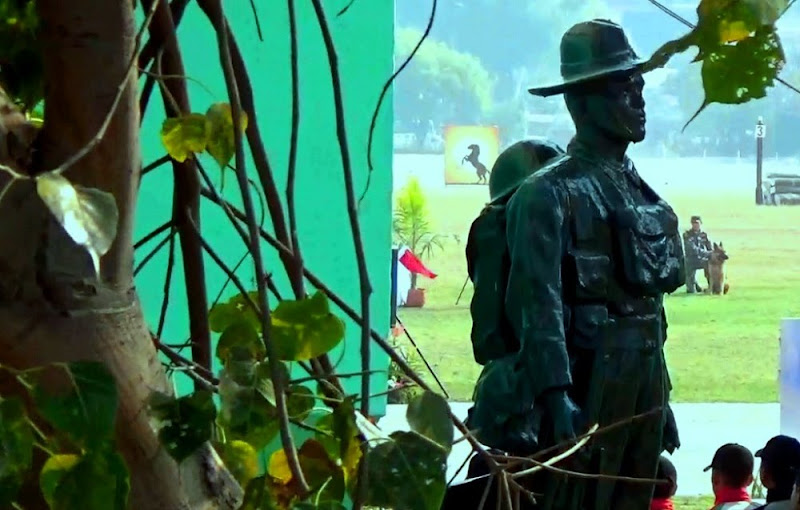 Ghode Jatra was originally celebrated exclusively in Kathmandu. However, due to the extremely spectacular nature of the event, the kings in other regions of the Kathmandu Valley decided to organize their own festival. Therefore, at the same time, a competitive celebration with horses takes place in Patan – in the Kathmandu Valley – in a place called Bal Kumari.

During Ghode Jatra held in Patan, Newars first give beer to riders dressed in traditional Newari costumes and horses. Then the drunk rider rides a drunk horse, and people cheer and shout to scare and enrage horses. When these begin to go crazy and try to dump riders, there is even more doping. The game ends only when the horse-rider pair is tired.