… people were qualified to one of the castes according to their personal qualities, behavior, employment and degree of spiritual development. Kshatriya were warriors, soldiers and also held positions in the management group. All kings, ministers and soldiers were given the title ‘Kshatriya’. When Varna System was turned into a contemporary – Caste System, जति प्रथा – there were changes. In the caste system, people are qualified according to their birth, not their character. 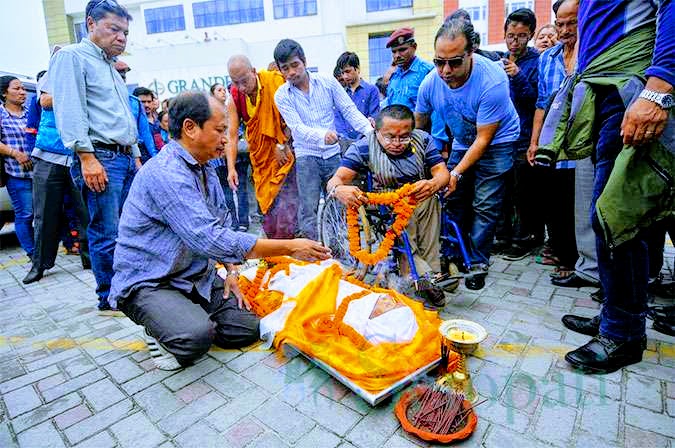 There is a view that the hierarchy of Hindu society shaped at the time was based primarily on the value of religious purity reserved by brahman priests located at the top of this social pyramid.

The most important feature of the Varna system is the superior status of the people of the Brahman caste towards Kshatriya as the lower ones who need a Brahman caste to perform religious rituals. Brahman (also Brahmins) and Kshatriya function interdependently as caste overriding the other two Varna. Brahmins do religious rituals, but they never hold power. Kshatriya manage, issue orders and are law, but they can not perform rituals.

The ancient Hindu law books, Dharmasastra, speak of three co-existing goals, the meanings of human life: dharma – duty, virtue, correctness, artha – profit and material benefits, and kama – pleasure and emotional fulfillment. The analogy of the social layers in the Varna system is obvious – dharma is connected with the priestly service of the Brahmins, artha with the position of kings and other people of Kshatriya, while kama in various ways ascribes himself to the other castes. These factors coexist with each other as elements of society: artha and kama without the dharma factor lead to chaos, without the artha factor the human possibility of realizing kama and dharma falls down. All three factors should be balanced and then man finds space for the realization of the fourth element of the value of life – moksha, or liberation, self-fulfillment and spiritual fulfillment.

In the caste society, groups of people have always been assigned to specific activities: Brahmini the role of priests, Kshatriya warriors, Vaisya merchants. The lowest cave – Sudras – has always been considered an untouchable caste – dalit – members of the upper castes did not accept water or food from them, did not serve their hands, did not enter into any closer arrangements with them that would allow for confidential behavior. Orthodox Brahmini believed that Sudras appeared on Earth only to fulfill the services of the service casteons – Damai live to sew clothes for the higher castes, Kami – to produce metal tools for them, the only mission of being on the ground of the Sarka group is sewing shoes, while Badi only live to sing, dance and provide sexual services. 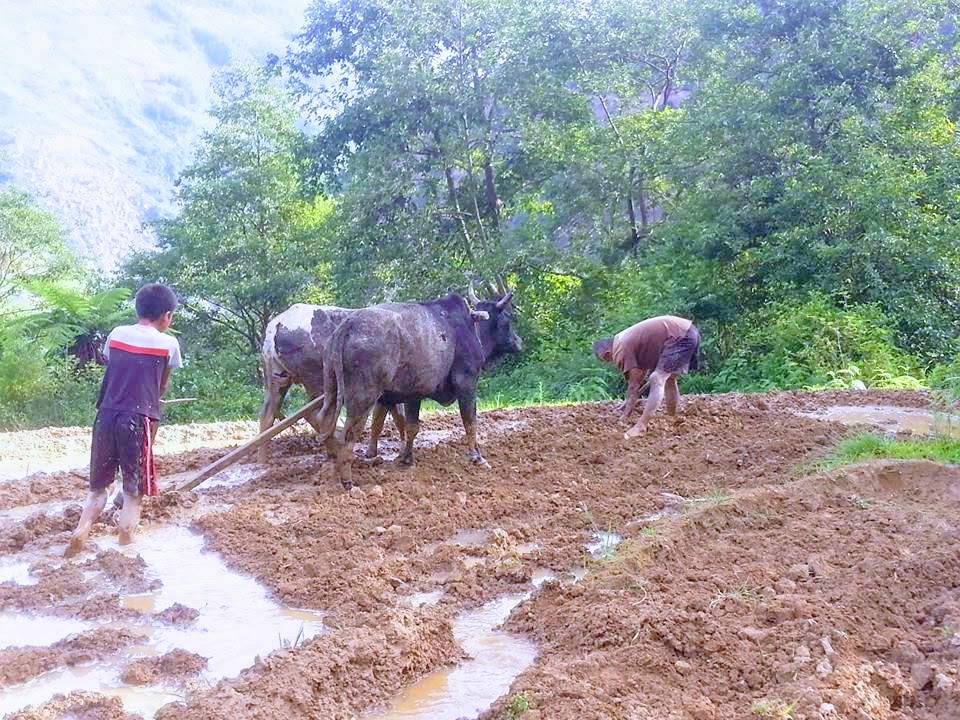 The interstate principles of avoiding each other establish rigid roles. Membership in the caste is assigned by birth and leaves no choice. Sudras are not blessed, they are disadvantaged and contacting them can be a source of defilement. Individuals born in the lower caste are also perceived as inferior beings – regardless of their behavior. Of course, it would also be interesting to delve into nuances and portraits and here, none of Sudras admits membership in the lower castes. However, it can be concluded that Sudras – as far as possible – copies Brahminic behaviors, such as eating habits with only the right hand or purging, trying to maintain a higher standard of living.

It seems crucial to define the term ‘caste’ for personal use. From my observations in the Nepalese society it appears that the caste is primarily a family. The village inhabited almost entirely by Thakali has common ethnic roots and basically interpersonal relationships are the same as in a large family. People settle for everyday use just like everywhere – products are paid for with money. But the need for help from your neighbor – if it exists – is absolutely in the first place. Within the family – as in old Europe – the legacy of ancestors – the science of the profession – has been handed down from generation to generation.

Only the next determinant allowing to ‘classify’ a man in the contemporary caste system is his profession. Often, it is not at all consistent with what Nepali tradition or Nepali code about employment appropriate for the given caste say. Nowadays, Brahmins do not hesitate to conduct business, when it is beneficial – which was always the domain of the Newar caste – while giving its silver to experts for development, we do not necessarily have to deal with the Kami caste. Castes today evolve while acquiring new skills by their members – Damai, who always dealt with sewing clothes, are now also responsible for the music service of private events. Brahmins are employed at secular colleges, and Chhetri is employed in banking. Nowadays, the expanding – also on the brahman caste – is, like the other examples, drunkenness is a sign of the times, after 1963, the rights of members of the cast were officially equalized. 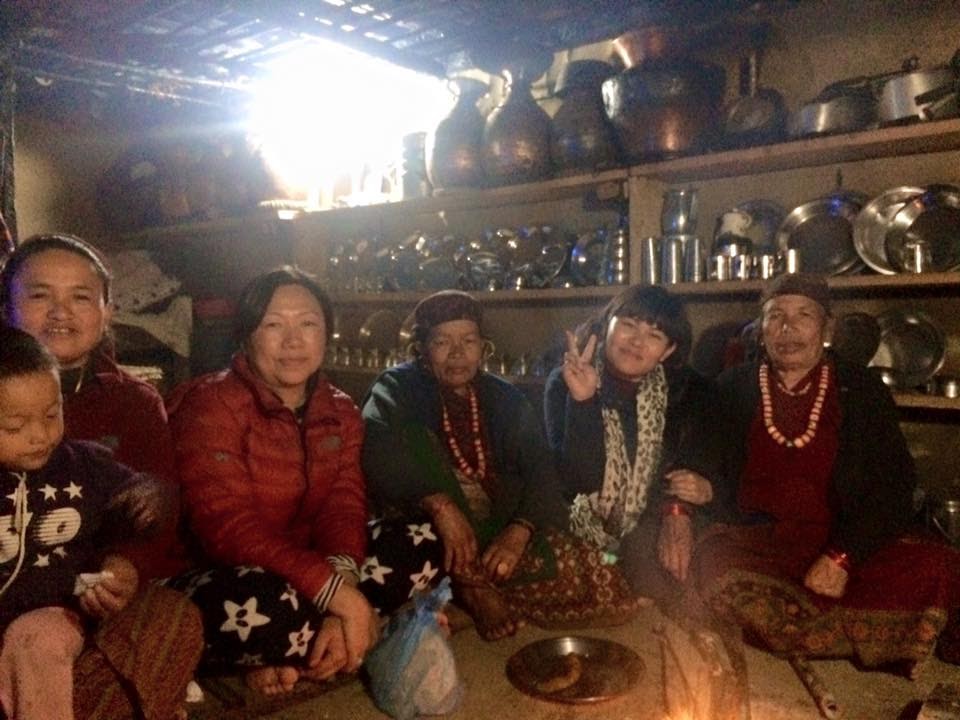 In particular countries of the Hindu tradition, mainly in Nepal and northern India, there are also members of various old families, often – similarly to Brahmins – endogamous in their tradition and transferring professional skills from generation to generation. We are talking about mongoid ethnic groups that have settled in the territories of Southeast Asia over the last millennium – Gurungach, Magarach, Bhotia, Rai and Limbu, and several others whose members are different from Indo-groups. These ethnic groups also distinguish themselves as caste, because they live together in one region, often maintain the tradition of entering into marriages exclusively within their own caste, and – above all – accept the Hindu caste system, which means that they respect and co-perform this dance of mutual avoidance of members different castes.

Until 1963, the Nepali code of Mulki Ain defined which activities are attributed to given groups in the social caste order and which behaviors are allowed for whom, and set legal penalties for exceeding the applicable law. Since the renewal of the Ainu Mulu Code in 1963, it is officially believed that everyone is equal to the law in Nepal.

An example of such a written caste law is the way in which the preparation and consumption of dishes is treated. The topic is subject to many rules and it is not without significance what kind of food and drink, by whom prepared, can be accepted by a member of a given caste. In general, food is divided into two classes, kachcha and pakka. According to this principle, man will never eat a kachcha, unless it has been prepared by members of his own caste. Sharing Kanchcha together with someone means intimacy and acceptance.

The concept of contamination regarding drinking and eating – jutho – functioning among the Indians is taboo. Leftovers from someone’s plate are considered polluting for others – except for their own wife – who should not eat them.

Similarly with drink drinks – if someone happens to drink milk, water or tea from someone else’s glass, it means that he has been contaminated and is believed to immediately begin to vomit, have dizziness or headache. To avoid this, revelers try not to confuse their glasses, and if they have doubts about the cup, they pour out its contents and wash the cup before pouring a new drink. 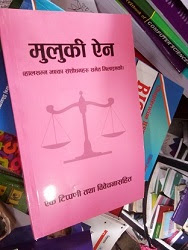 Awareness of cultural differences, mutual avoidance and social distance is also expressed by preferences and restrictions regarding belonging to the caste and religious community. A person from a higher caste may have friends from work or friends belonging to the lower caste that he meets on the street or in a city bazaar. However, he never visits their homes, does not invite them to himself, nor accepts food or water from them. Avoiding closer relationships with members of lower communities is based on differences in eating habits and restrictions on what to eat and what to avoid resulting from ideology consistent with religious or caste affiliation. The dual-born caste, and especially the orthodox Brahman, avoid consuming food in the homes of Christians as those who consume beef and pork. Muslims, in turn, do not like visiting Hindu houses because poultry and goats are not prepared in accordance with Islamic tradition – meat is not halal then. In the traditional Hindu system of values, Christians, Muslims and Sudras caste are seen in the same category because they eat pork and horned cattle.

Cultural customs, bans and taboos act as a factor that keeps members of different ethnic groups in their social strata. In general, the higher the caste, the more rigid the rules and the general issue of accepting food from others. Therefore, Brahmins do not accept any cooked dishes from people of the non-Brahman castles, although in the opposite direction – or Brahmins for the lower castes – such a meal would be accepted.