Just Before Yesterday, we had arrived at a small town called Santiniketan. 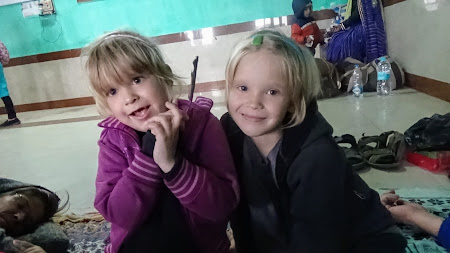 It took us 2 days to get there. 4th January 11am we left our Guest House in Bodh Gaya and we went to Gaya train station. Our train to Bardhaman was supposed to arrive at 9pm. Before it, we decided to eat something and take a little rest. When the time came it was announced that our train will be late, and it came after 9 hours! So we had time till 6am.

In the end, I counted that we were at the train station for 16 hours! And the journey was supposed to take 6 hours but it took 9. We met there and got friendly with a big Indian family.

Finally, at 3pm we got to Bardhaman and at 4pm we went on another train to Santiniketan. It took us 2 and half an hour to get there. We met there a girl who offered us a nice apartment. We got into a rickshaw and went to our new house.

We are renting here an apartment for a good price. Two bedrooms, two bathrooms, one kitchen, one living room, and a big garden for my sisters to play. 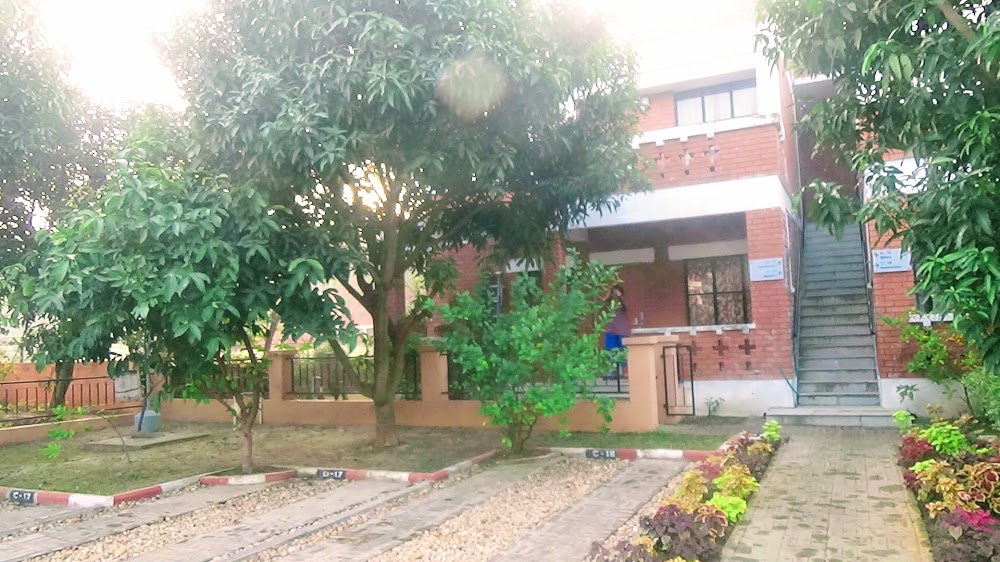 It was already 7pm when we arrived at our apartment. After we started checking what else we have to buy. At 7:30pm I went to a café with the owners of the house, our new friends. We started by walking and after we got a rickshaw on the way. On the way there, my new friend told me that there is a Deer Park, where early in the morning you can find deer. And there was also a Meditation Room made fully of glass, it was opened on Wednesdays at 6am.

When we got to the café, I was surprised because there was also a University. The café was mostly visited by students so the prices were very low. We ordered takeaway food and some chicken with tea. It was really delicious. After we got our food, we went back home by rickshaw.

At home, everyone was already full because my mom made rice with eggs. So all food was left for us. After dinner, we were playing cards and taking a rest by watching movies. We went to sleep at 11pm.