Here is the story of a Nepali family…

My name is Durga Devi Dulal. I was born in 1977 March 20, Sunday. In the village called Madhumalla of Morang district (East Nepal).

My family had 7 members. Father, Mother and 5 children, among them 4 were daughters and one son. I am the 2nd daughter of my family. I was very discipline and silent when I was a child. Always wanted to study but schools were only up to 7 grade.

I passed 7th grade and to study in 8th grade I had to change school. I had to walk 1 hour distance to reach the school. There were couple of rivers in between and when it was raining season the rivers used to raise and therefore couldn’t be crossed. That’s the reason I couldn’t continue my study.

After the discussion with my parents I moved to Kathmandu with my friends to learn carpeting. I was 13 when I came to Kathmandu and I studied carpeting for 2 years, with my friends. After, I started working in the field. I was living in Chhauni, renting room. At that time I had met my husband. 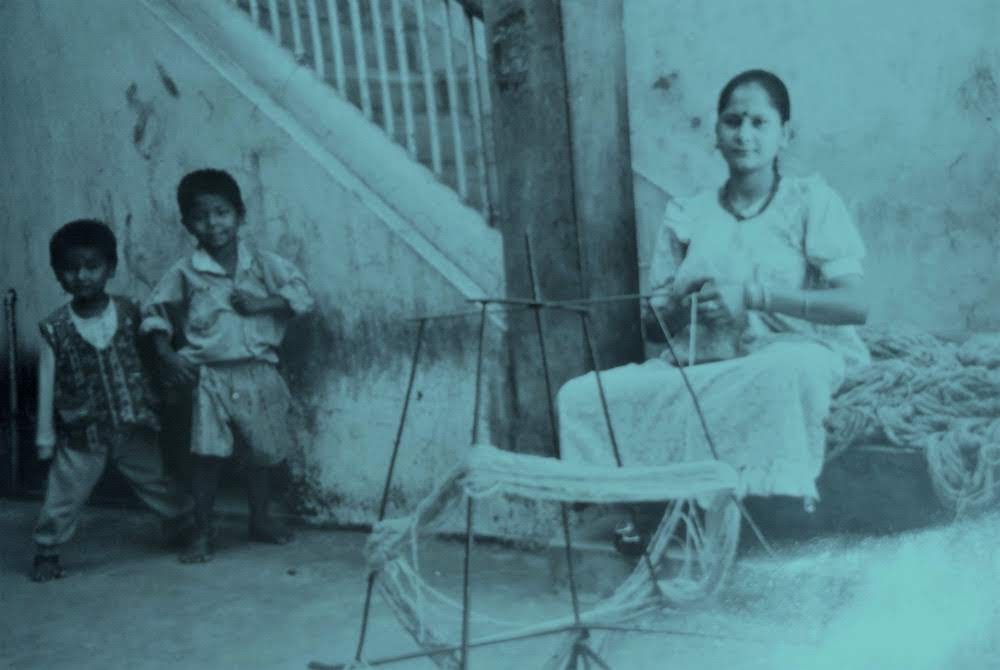 He used to work as a carpet repairing person. Once he came to our carpet manufacturing place to repair some damaged carpet. We started to see each other as he started to come more often for his work.

One day he asked my name and where I was from. As I said I was from Morang distric, he replied that he too was from the same district. Days were passing and we started being more close. One day he proposed to me. He used to live just 15 minutes away from my place. 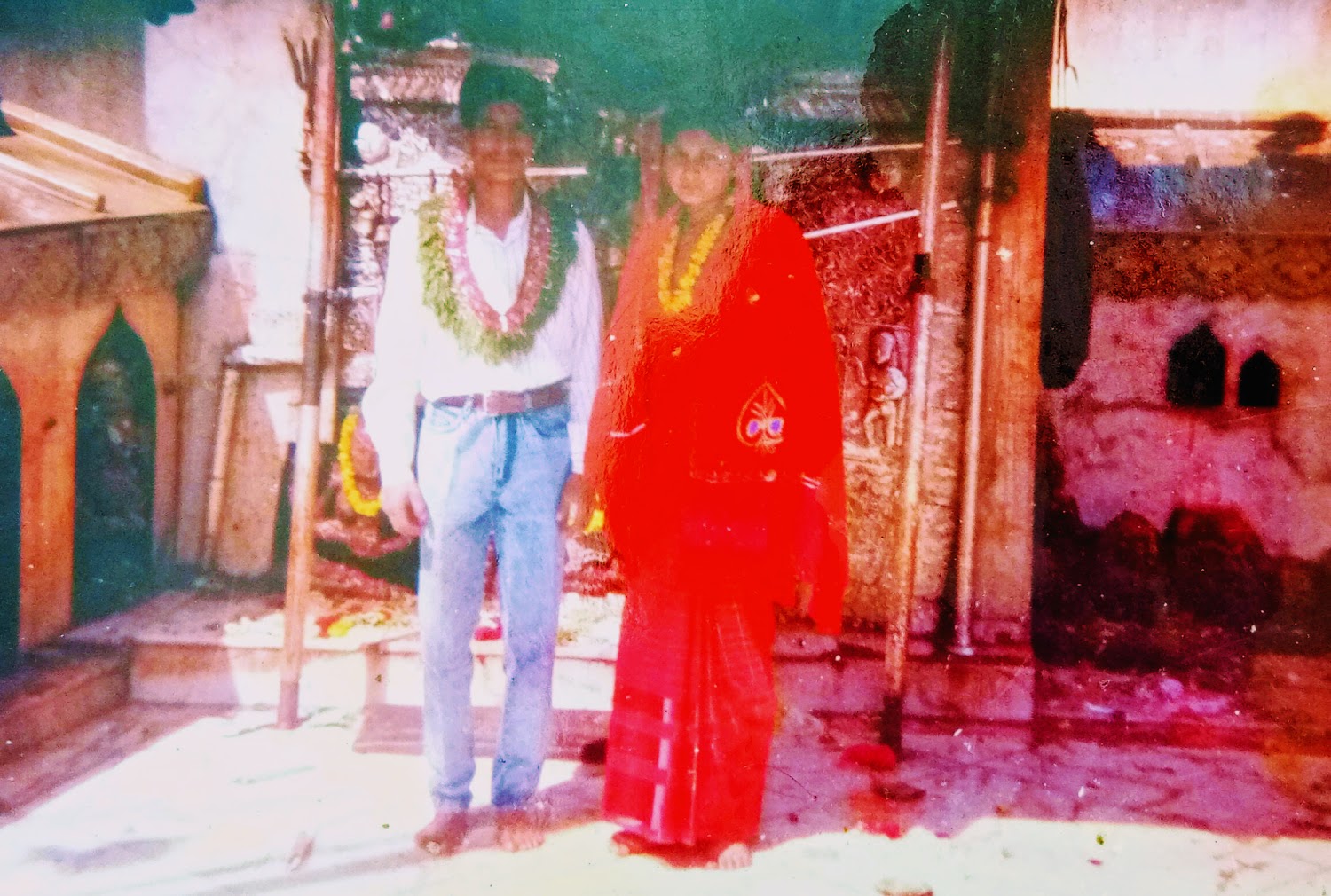 As he proposed, I wasn’t sure about what to do at the time. I told him that I need to ask my parents. But my friends adviced me to get marry. I listened to them and we married in 1994 February 19 at the Dakshinkali Temple in Kathmandu. 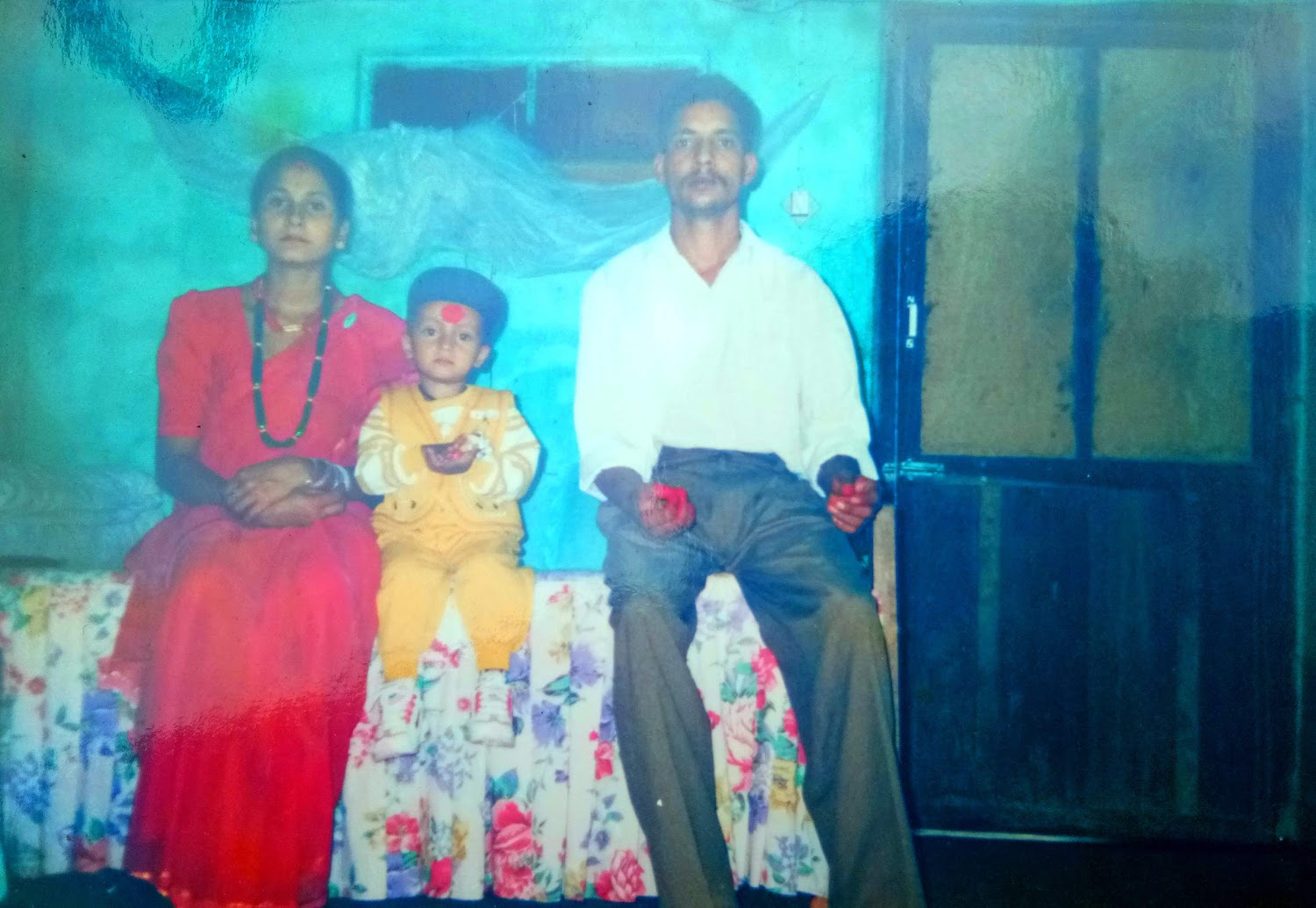 Son, Chabi Lal Bhattrai, the eldest is 50 years old. The 1st daughter, Radhika Luitel is 47 years old. Durga, 2nd daughter, is now 43 years old. The 3rd is Saradha Ghimire and she is 35 years old. The youngest one, Kamana Khatiwada is 30 years old. All four siblings, still live in Madhumalla, near their parents house, with their own families.

Is from gaun wikas Sanischara in the district of Morang, in the First Province of Nepal, that is in the east of the country.

There were fifteen siblings in the family: five brothers and ten sisters, five of whom died in early childhood, mainly due to poverty and difficult living conditions, and probably due to the low status of newly born girls in traditional Nepalese society. Devi is the third of five brothers.

Father’s name was Siva Prasad Dulal, Devi’s mother was Durpada Dulal. Both parents have been gone away several years ago. In the photo below Siva Prasad accompanied by her daughter-in-law and her parents.

Other siblings live in different regions of the country with their current families. They visit each other on various occasions. During this project, the elder brother of Devi, Jay Prasad Dulal and his son, Yangra Dulal, visited the capital city.  In my film the son takes the role of a translator in conversation with Durga. They came to Kathmandu for two weeks to visit his brother’s family and important Hindu temples of the capital. After that time they returned home in Morang.

Devi came to Kathmandu at the age of 14 to raise the living conditions of his family by work. At the beginning of his career in the capital he worked in a carpet factory earning 50 Rs for a day of work, which is the price of one bread or one serving of chowmin – noodles with vegetables.

They got married when she was 17 and he was 25. Now she is called Durga Devi Dulal. They have three adult sons. Everyone were born in Kathmandu at the Prasodhit Ghriya Thapathali hospital.

After the wedding, they lived in the region of the capital called Chhauni – near the Swayambhunath stupa – renting a small place. Their first son, Manish, was born there. They lived there for several years and at the time when the son was an early school-age, they moved to the Tinchuli area in the Baudha region.

One day Devi Prasad Dulal received a proposal to go to Malaysia for a two-year contract. During his stay in Malaysia, the boys began to get sick, mother was very worried about this and the unfavorable financial situation of the family at the time. The carpet factories have been closed as to the neutralization of the employment of children. Neither the Nepali government nor the Western NGO interfering in the cause, have done nothing to ensure income for the affected families without support. Unemployment increased and many families, leading relatively well-tolerable lives, suddenly fell into poverty.

Devi Prasad stopped the contract and returned home after nine months with a small amount of earned money . Then parents decided to organize themselves. They bought a small shop with equipment for 18 thousand rupees. They slowly stood up and soon they could take a slightly larger shop.

The eldest – Manish Dulal – is currently 23 years old and studies for the bachelor of Hotel management. The next two are twins – virtually indistinguishable: Ram and Laxman, seven minutes younger. They are 20 years old and both study for bachelor of Business administration.

All three boys support their parents in running the store. All three of them perfectly speak English, which is very beneficial when conducting a family business in the region, which is Bauddha – a district more and more visited by foreign tourists coming here for buddhism expirence.

The family has been running the ‘Dulal Cold Store’ for sixteen years – a grocery store offering basic food products and everyday products. The shop is known in the area for its good assortment and honest customer treatment. The family’s daily income allows to meet the broad educational needs of young people in the family and all kinds of common desires and basic needs of the Hindu family.

» The last king of the Shah dynasty