Again on the road. This time we are planning to go to Orissa. Sadly we didn’t get six months as we applied we only got 3 months.

Our Nepali visa finished 22nd June and we where set off 21st. The day before, we got ready, packed and cleaned everything. The next day we sayed goodbye to our friends and took taxi to a bus station.

On the bus station we were accompanied by a horde of bus drivers who tried to convince us to ride in their buses. After a quick look mom choose a bus and set drivers away. We paid 500 NRS for a seat. We still had half hour till departure so we ate breakfast. The journey was supposed to take 9 hours. 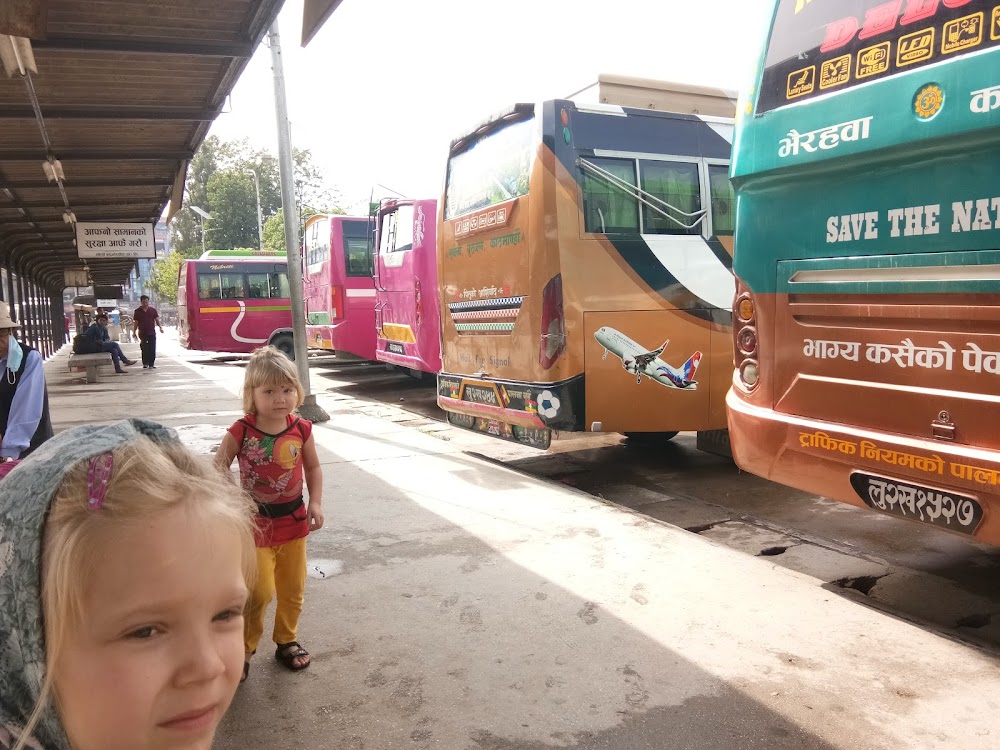 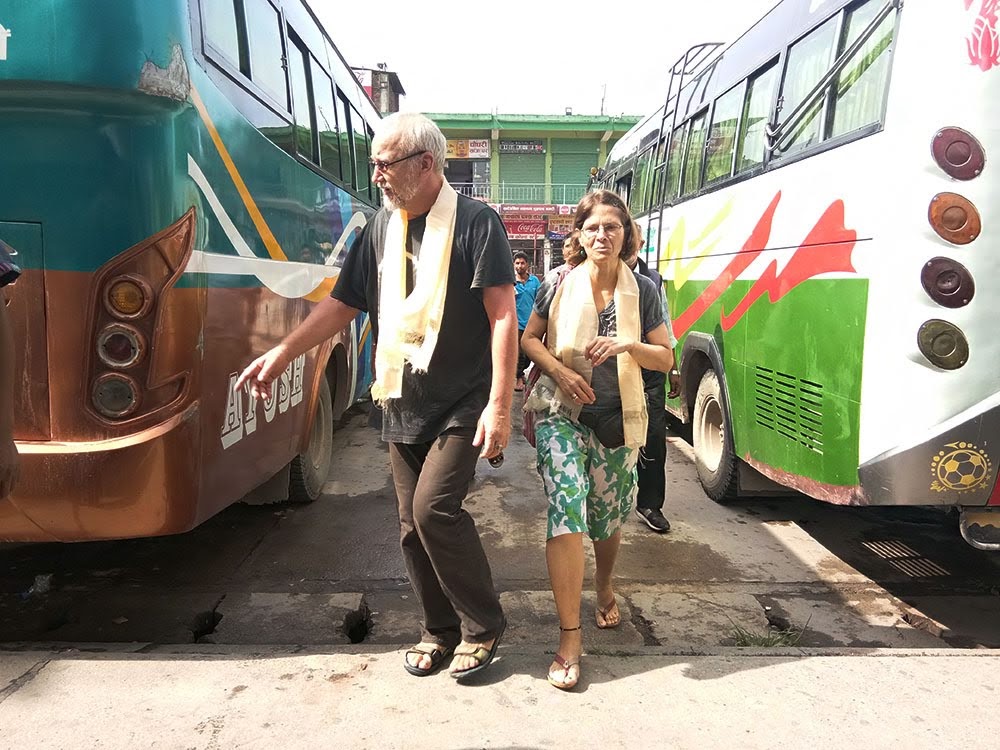 By bus – Kathmandu to the borders

In our bus we had a television and comfortable seats. We set of at 9:30. By our request the driver has put on some Nepali pop songs with dancing people. After half an hour most of us had fallen asleep. I hadn’t sleep much that night so I have slept for 6 hours. By the way there were few stops. At 7 p.m. we got to a neighbouring city to the borders. From there we took a bus for 30 NRS all to the borders. 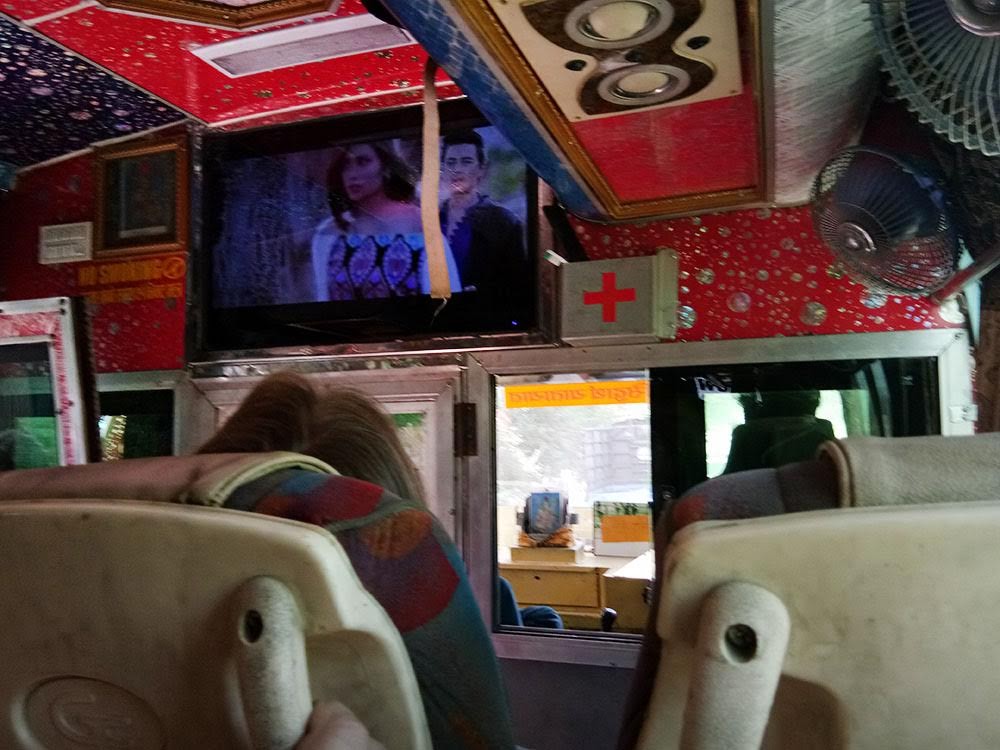 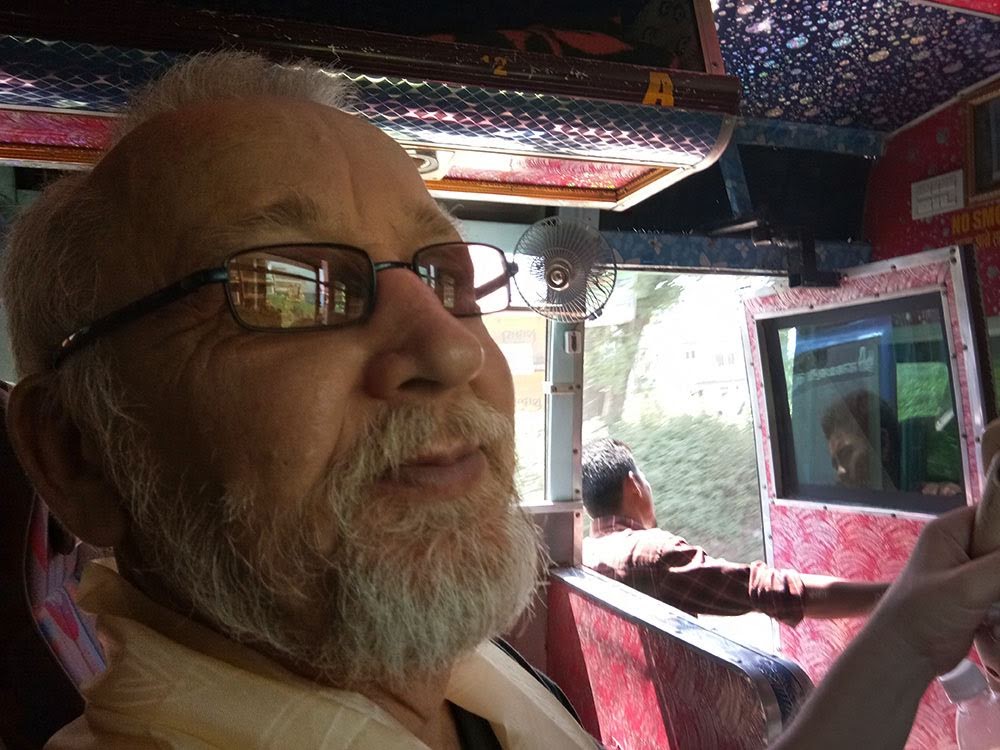 Kathmandu is not quite hot. And when we arrived at the borders we were hit by the heat. As 5 months ago we were hit by cold when we arrived to Belahiya from Chennai. We don’t complain, we love hot. We went to our old hotel room for 800 rupees. We left our bags and went to eat something. We took some chowmein, meaning noodles with vegetables. At the neighbouring shop we bought some buff. After a meal we went back to the hotel and had a good sleep. 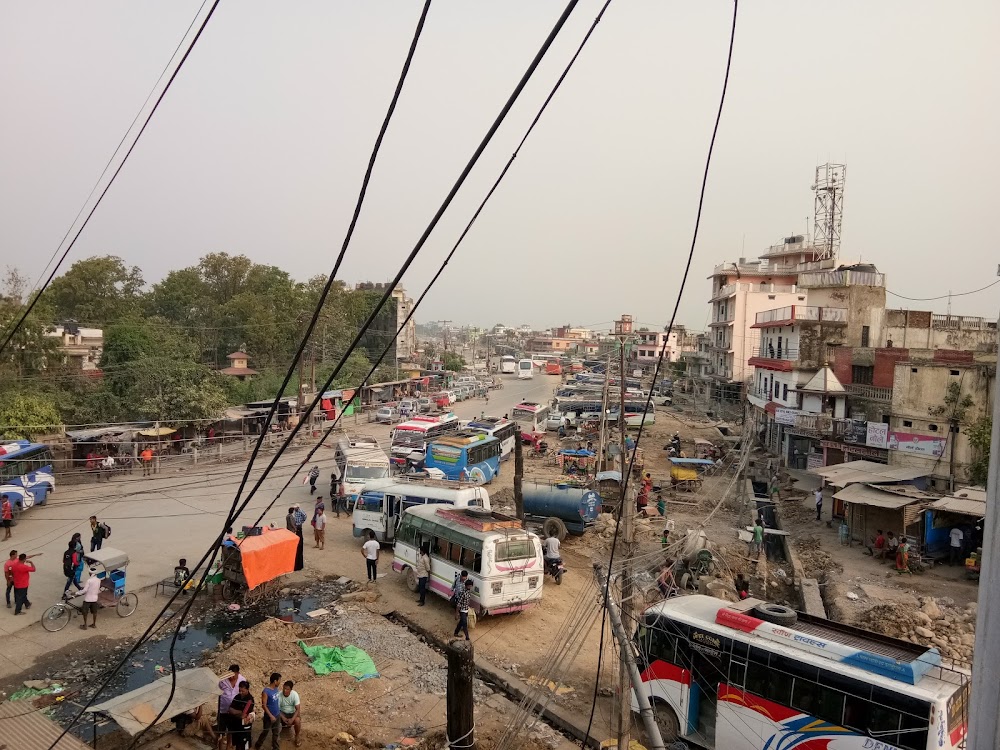 The next morning we got ready, packed everything and went to the office in front of the borders to put a stamp on our Nepali visas. They gave us 6 forms for each one of us. We filled them and they gave us the stamps. With those we happily went to cross the borders. 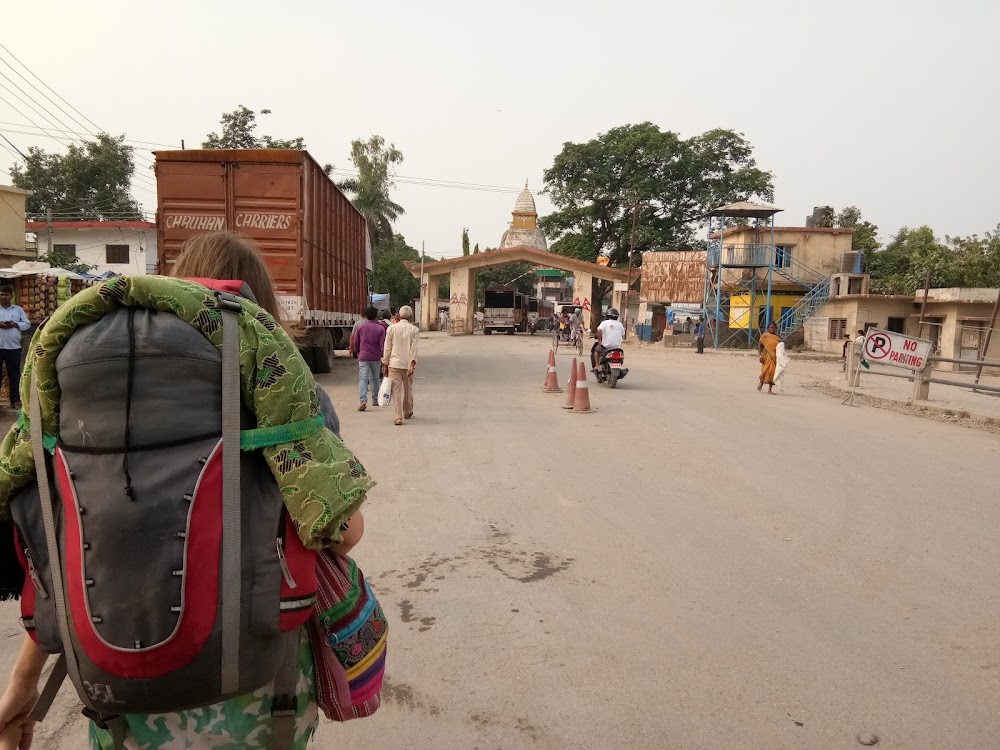 There was, again, the checkpoint where they check what yo have in bags. The previous time we passed these borders they unpacked almost fully our bags which we had carefully folden and organized. We were so angry. So you can imagine what we fell this time when we walked towards the point. And then we saw a man walking towards us. It was a relief, he asked us what we had in backpacks and did we had any narcotics. Father said confidently ‘no’ and that was enough to convince him. We went happy with our bags full and fine. And entered to the India. Now we were in Sonauli, not Belahiya. 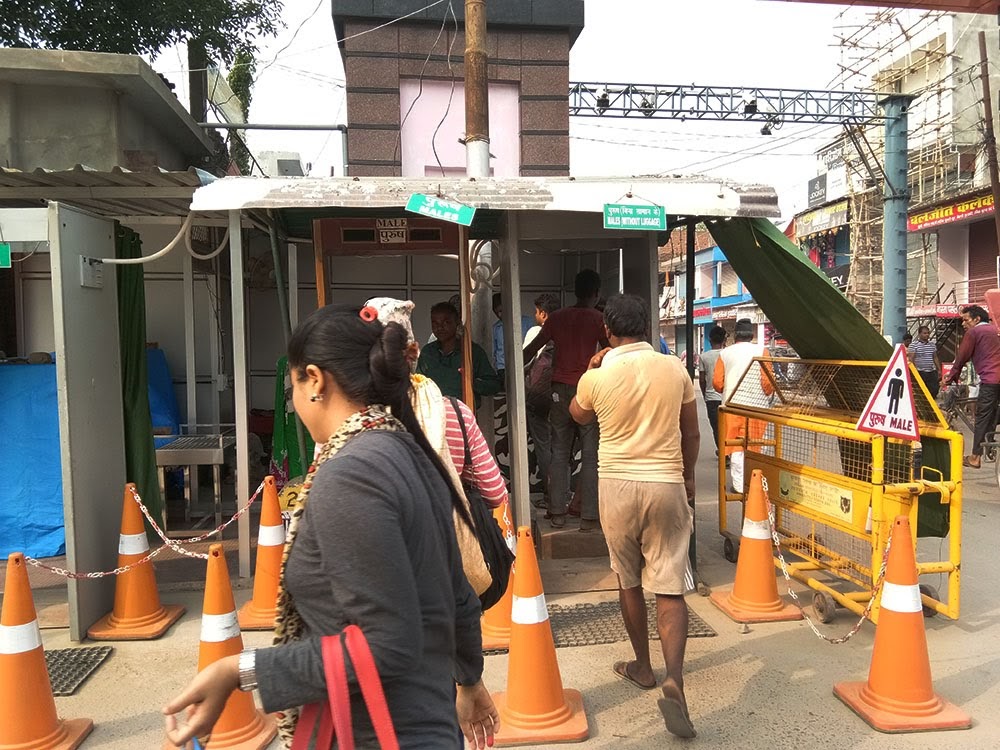 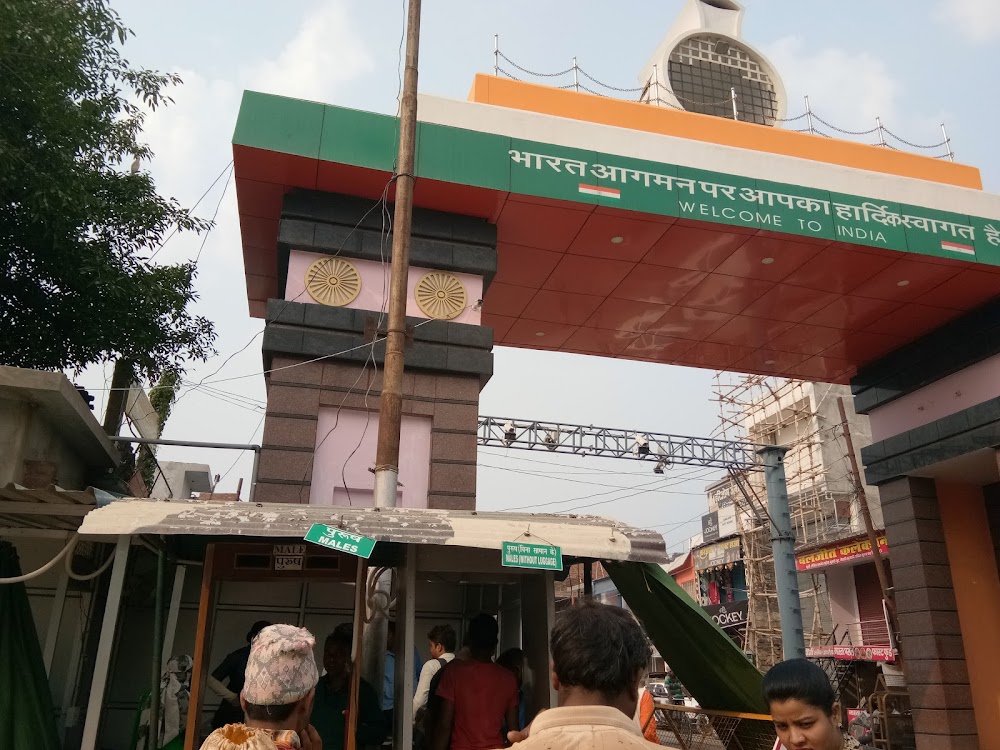 On that side we had to, again, fill forms and get stamps. After a 10 minute walk along a street with heavy backpacks we were in the small building where you have to be silent and can’t take pictures. We got forms. I helped mom to fill them, we gave our passports and sat on the bench inside enjoying the fan that was later switched off. The official took so long to check everything. There were 6 of us and 6 passports but anyway the official asked me where is my passport. I saw him checking everything; the forms, visas, previous visas, comparing our passport’s visas and knocking all that information into a computer. All that plus some other passport checking took him more that an hour. I think he was looking for a mistake or something that would make us pay him in order to solve a problem.

By that time we sang, went to toilet and tried to use all the left data package from Nepali sim card. In the meantime came a Korean girl in dark blue penjabi (it’s a long skirt that you wear with leggins). She was small and young. We got friendly with her. 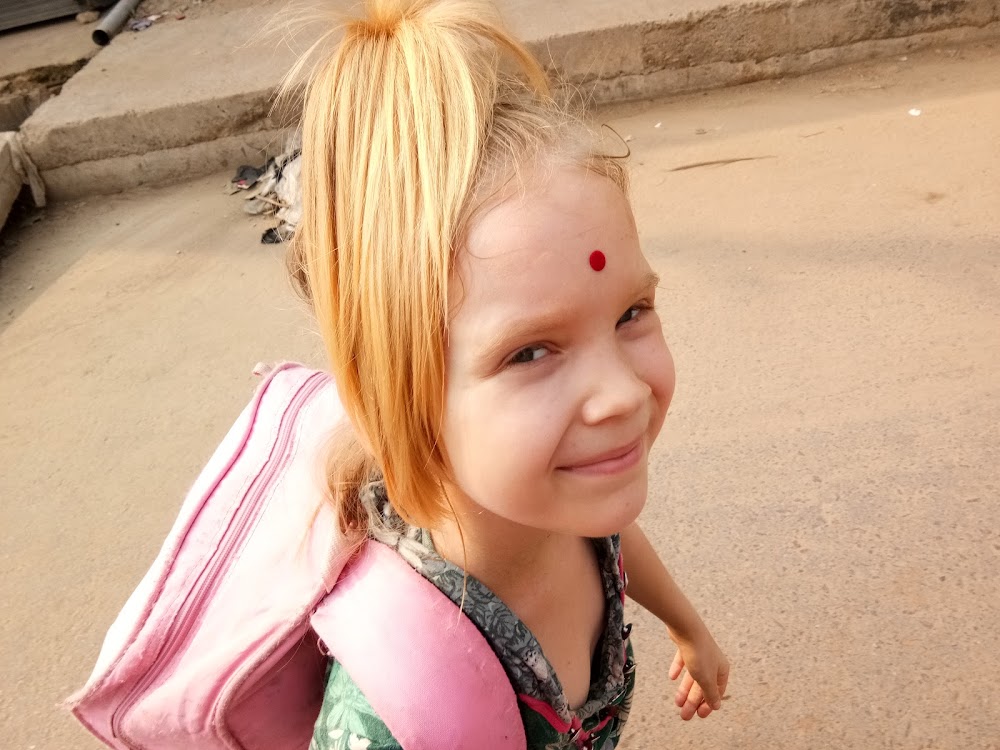 By bus – Sonauli to Gorakhpur

Finally the man finished and gave us the passports. We said goodbye to the Korean girl and set off to the bus. Now we are heading to Gorakhpur where is the closest train station. The bus wasn’t far. We took front seats. I mean those in front of the window, next to the driver. I was happy with those seats as they are quite great but my father didn’t share the opinion. He said there is no place to move though when the man seating between us and driver set off, father changed his opinion. The journey took 3 hours but it went forever. And of course, we slept. Here is some of it…

At 2 pm we were in Gorakhpur. The bus station is just next to train station and the bus stoped in front of it. We went there and left our bags in one place to eather look a cloak room where we can leave our bags locked and safe or to find a right ticket. Mom went to seek ticket to Bhubaneshwar, in Orrisa. With her we went to the ticket windows. W stood in women’s line which was suppose to go faster and be shorter, but it was long enough. We stood patiently. Do you remember dark blue penjabi, yes the same girl was standing in front of the line. Though she left the Indian immigration building after us. Me greeted her and imiedetelly were set off by Indian women to go back to the end of the line were we stood.

After 1 hour of standing in a line we finally got the tickets for general class, as there were no other except ‘AC reserved’ which we didn’t want. There were trains only to Varanashi. From there we were suppose to take a train to Bhubanesvar. The train departure was 4 p.m. For a ticked we payed 90RS. We took 4. We came back to our kids and bags where we got to know that as in Chennai you need a locker to leave your bag (!:(!). We didn’t bother, anyway we had just half hour till the train comes so we took bags and went on the right peron. 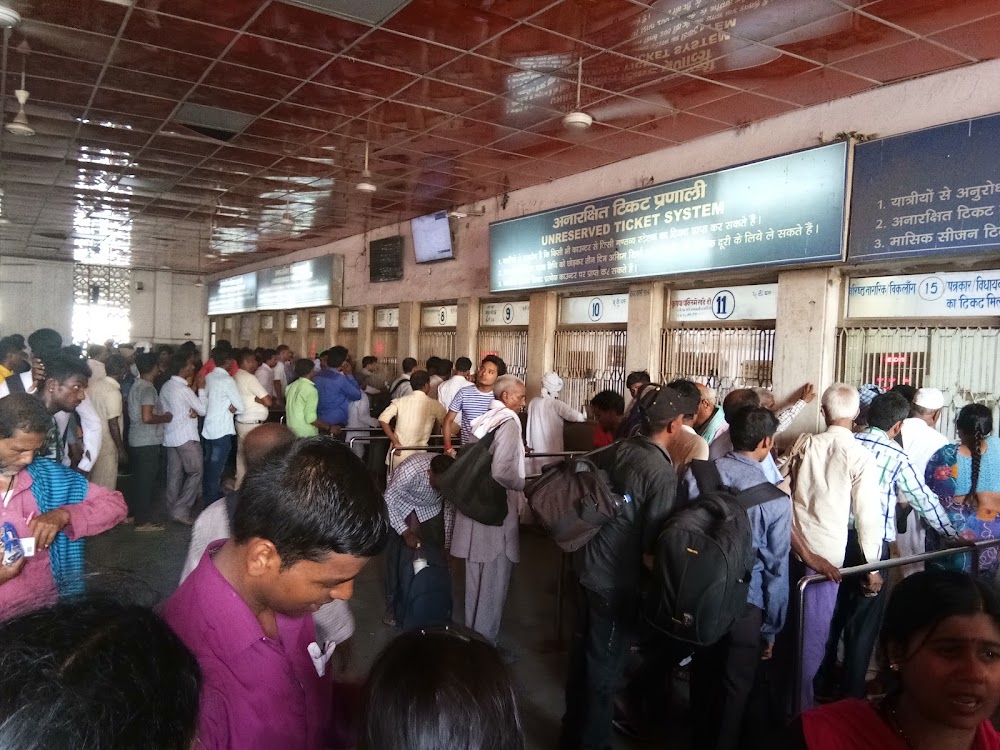 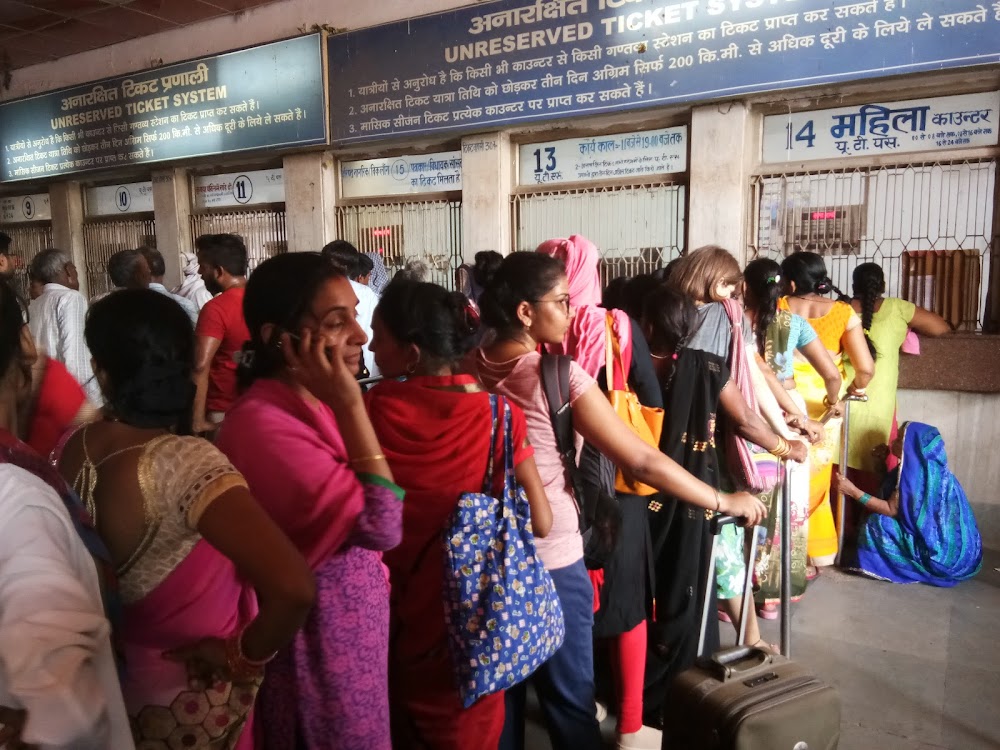 By train – Gorakhpur to Varanashi

When the train came everyone, as fast as they could, went inside to take places as after we discovered what general class means. You take a ticket just to be in train so we could have taken 3 or just 2 tickets. You can seat wherever is place. There are 2 benches on each side. One for people, one for luggage. People sat on the upper bench too. One man told us that the ‘AC reserved’ class is a room just for 2 people.

We spended 6 hours in the train. All of us slept. Ghrrr… Ghrrr…. Yes traveling is exausting but also enjoyful. At 10 p.m. we were in Varanashi. We took a rikshaw to our lovely Kudhi Paying Guest House where we were treated with a nice room for a good price. 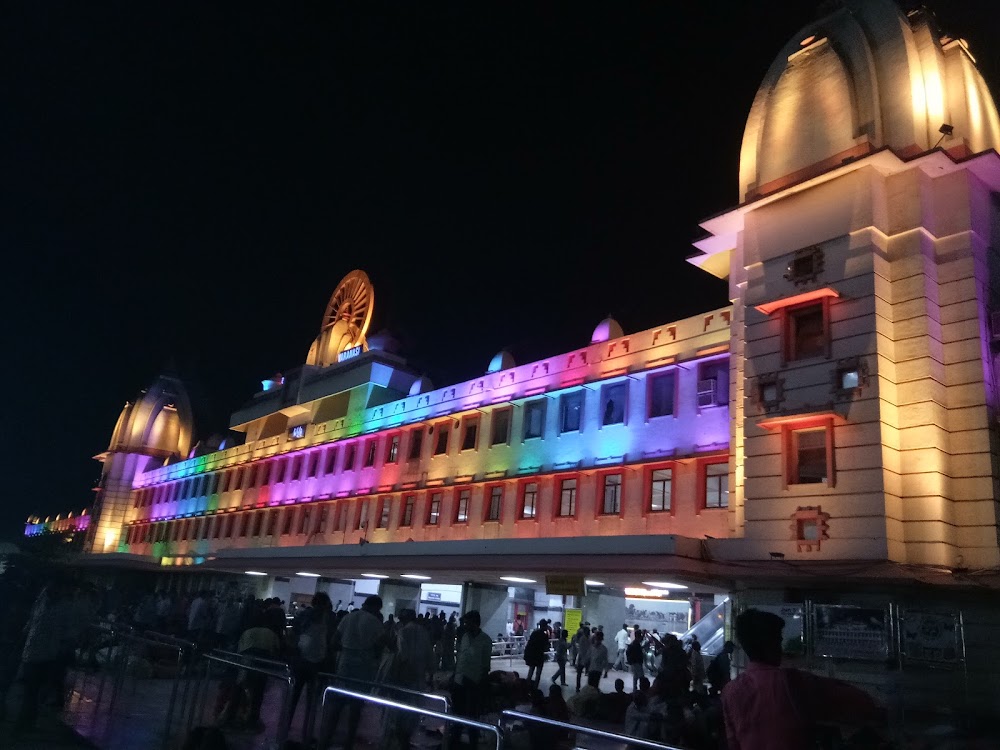 We plan to stay here for few days and enjoy. Mostly – I think – peace not the surrounding us beauty of ‘the city of lights’.