The Newaries are originall residents of the Kathmandu Valley and the surrounding districts.

It can not be said, however, that the population of the Newar is a tribal population of a particular race with simple ethnic roots, such as Magar, Gurung or Kiranti. Basically, it can be stated that the Newari people are the cross between Indians (Arya) and Tibetans (Bhotya). In a sense, this is true, although there is also a racial admixture of two or more breeds from the South Asian phenotypes. Because of ignorance of the ethnic roots of the Newar, people generalize this group as a uniform caste. However, it is true that the Newar can not be considered as a homogeneous ethnic group, as there have been too many historical precedents over the centuries, mainly such as migration of people. Newar or Newah is simply a person who historically lives in the Kathmandu Valley region.

In the present context, the Newari are a group of people who in the fourteenth century was for the first time recognized as a homogeneous nation, organized by King Jayasthiti Malla Deva belonging to the Suryabanshi Kshatriya Karnat line Mithila. According to the traditional division defined in the books of the Vedas – Brahmini (priests, teachers), they held the highest position, followed immediately by Kshatriya (kings, nobles), followed by Vaishya (merchants), Shudra (artists and craftsmen). Apart from these four castes, there was also a group of untouchable service castes. 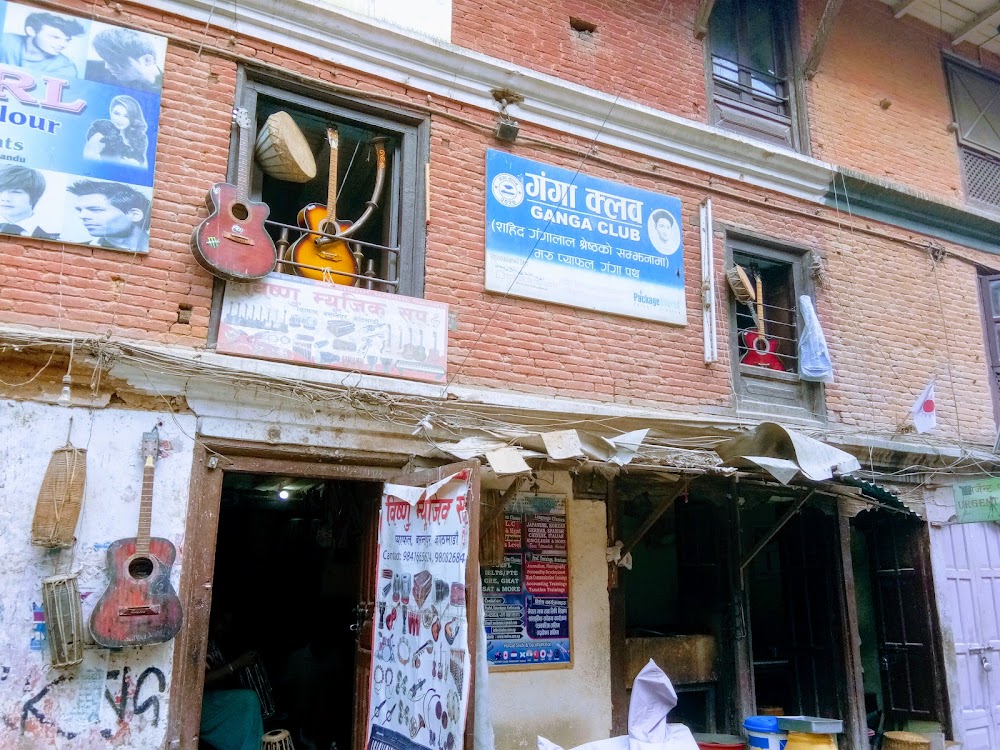 In the traditional caste system, these groups in some way intertwine with each other – within Nearh, Neurh traditionally distinguished these three higher castes – Dwij (double-born caste) – Brahmins, Kshatriya, Vaishya. The working view that the Newari dealt only with trading or running a stationary sale – like Vaishya – seems to be highly doubtful. There is, for example, a group of Brahmins who in the fifteenth century settled in the Kathmandu Valley region, which are mainly heirs of two families: Mishra and Jha. They kept their traditions of performing priestly rituals. In the contemporary caste system, however, they are considered to be somewhat of a lower rank of Brahmins, while sociologists classify them into the Newar caste.

Generally, however, Newars are now credited with a particular feature of people familiar with trade, organizing family life around their stores.

Although nowadays, not only the Kathmandu Valley is inhabited by the Newar, the red brick houses built by this group and the characteristic outline of Newari temples built on a square plan with a pointed peak are mainly seen within Kathmandu. Today, brick is replaced by cheaper building material, however, architectural elements specific to this style are still present – small sculptures in wood and tiny stupas erected in the yards. 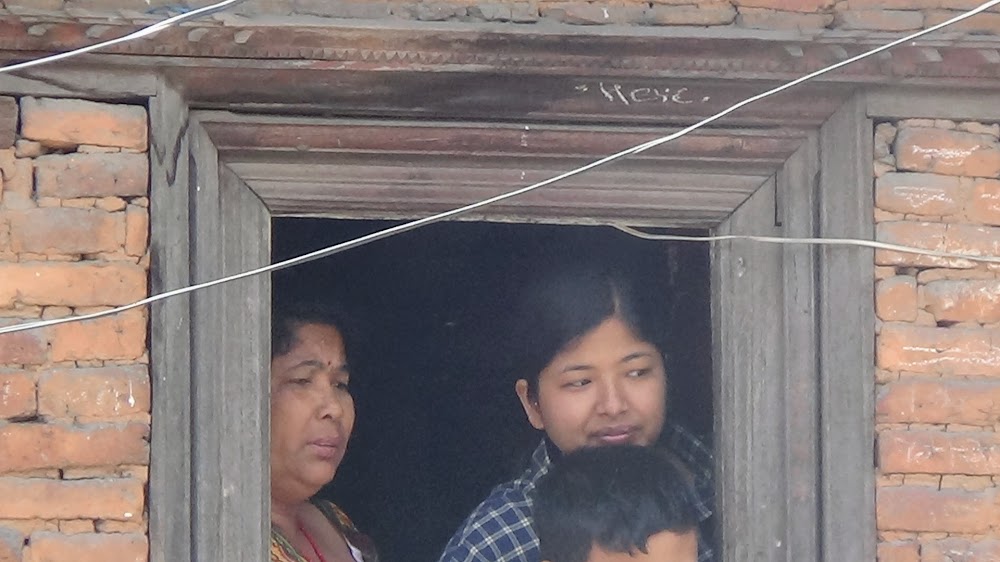 In 1752, according to the instruction of King Prithvi Narayan Shah, a road leading from Kathmandu to the district of Kaski was built. Sixteen Newar families came to the Valley of Pokhara by this road, where they established a settlement to serve the trade route between India and Tibet. In this way, a district nowadays called the Old Pokhara built with brick houses was established. Being there, you can ask passers-by about Old Bazaar – a region traditionally inhabited by the Newari region, which was once a powerful shopping center. Similarly, they established their headquarters in some of the other locations in Nepal, such as Silgadhi, Baglung, Chainpur, Tansen and Bhojpur.

Religiously part of the Newari clans wields Hindu or Dziniai traditions, while some adhere to Buddhism in the Theravada tradition. Religion in this region is primarily a lifestyle – it’s a few special behaviors passed down from generation to generation, helping people lead their daily lives without any special concerns. For example, if you go to the store in the morning, check out the morning puja in the shop – a few words of prayer, a few drops of water deposited in the sacrifice and the incense of goods and rooms with incense help every seller keep their business further in relative peace. By doing the morning puja, the majority of members of South Asian nations understands the need to have good wishes carrying meaning for their own lives and for other people – and this wish remains with practitioners throughout the day. You can feel this kindness clearly, asking someone for a favor that does not bring any profit for the shopkeeper. This is a peculiar feature of people who have learned to do their business mainly through the ability to listen to other people and bring good wishes. Morning rituals – sometimes even evening ones – are an important element of this lifestyle, regardless of whether we are talking about Buddhists or Hindu devotees, especially since in the local world, religious identity is not as pronounced as in the West. Images of Hindu deities and boddhisats of Buddhist traditions passed through the centuries intertwined with each other and now both these traditions are confessed simultaneously by many Nepalis. 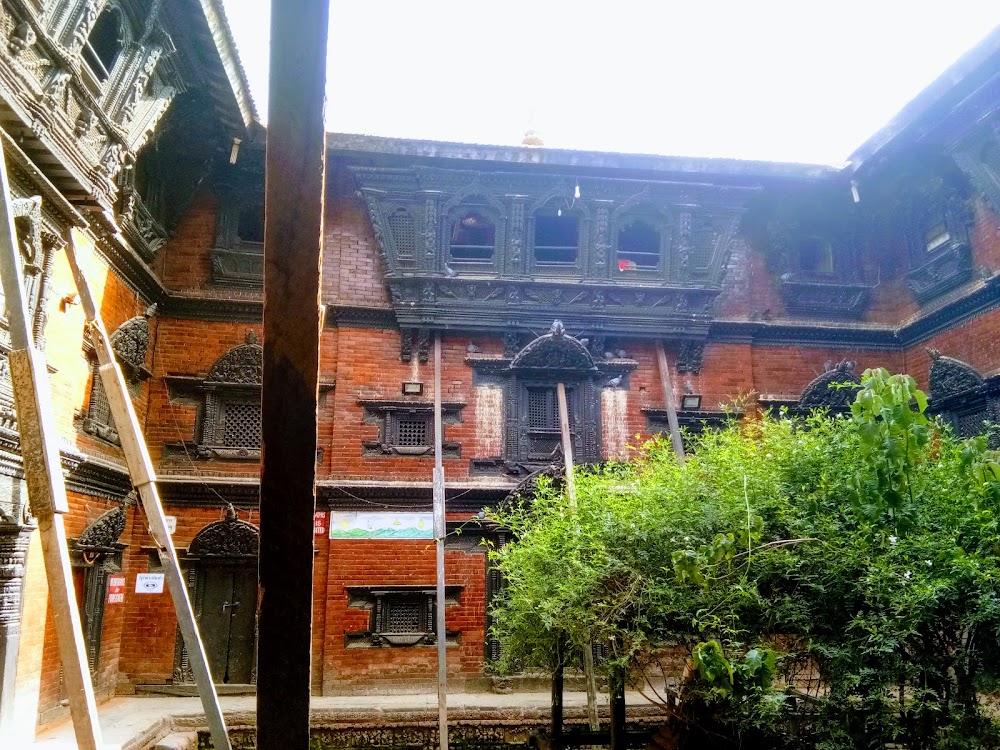 Returning to Kathmandu – where we are now – it is worth mentioning another special feature of this people – the tradition of Kumari, worshiped by both Hindu and Buddhist Newari. The word Kumari itself means virgin. He lives in this city – at Durbar Square in a brick house called Kumari Ghar – a several-year-old princess, or rather the incarnation of Taleju, the Durga manifestation.

A group of Newari priests and astrologers makes Kumari choose from a group of three- to four-year-old girls every few years. The future Kumari must come from the Newari family of Sakya, which carries the traditions of working in gold. It must be characterized by an unwavering disciplined attitude and courage, because it is waiting in this specific casting, very difficult – for a little girl – to try it in which it can not give a shout of fear or any sound. In addition, Kumari should have 22 features of particular beauty. For the first menstrual period, a more serious illness or the loss of more blood, it performs its function mainly in Kumari Ghar. In the picture you can see the courtyard of the house of Kumari, on which there are usually a few people waiting for the handle that appears in the window, bringing a blessing to the followers.

She rarely leaves the house – mainly on the occasion of great Newari festivals, the most important of which is the Indra Jaatra festival held at the beginning of September. On the third day of this festival, she leaves Kumari Ghar in a litter and goes around Durbar Square. Her main task was always to look after the king and his family. This means that every year she blessed the king by making tikka on his forehead, and he offered her a gold coin.

In principle, every city inhabited by Newari – also Bhaktapur, Patan – and many smaller towns have their own Kumari, but the one that is considered the most important of all is Katmandir, because traditionally its function was to look after the king himself. In addition, on the occasion of some festivals, another Kumari is additionally chosen, and sometimes there may be several of them at the same time. 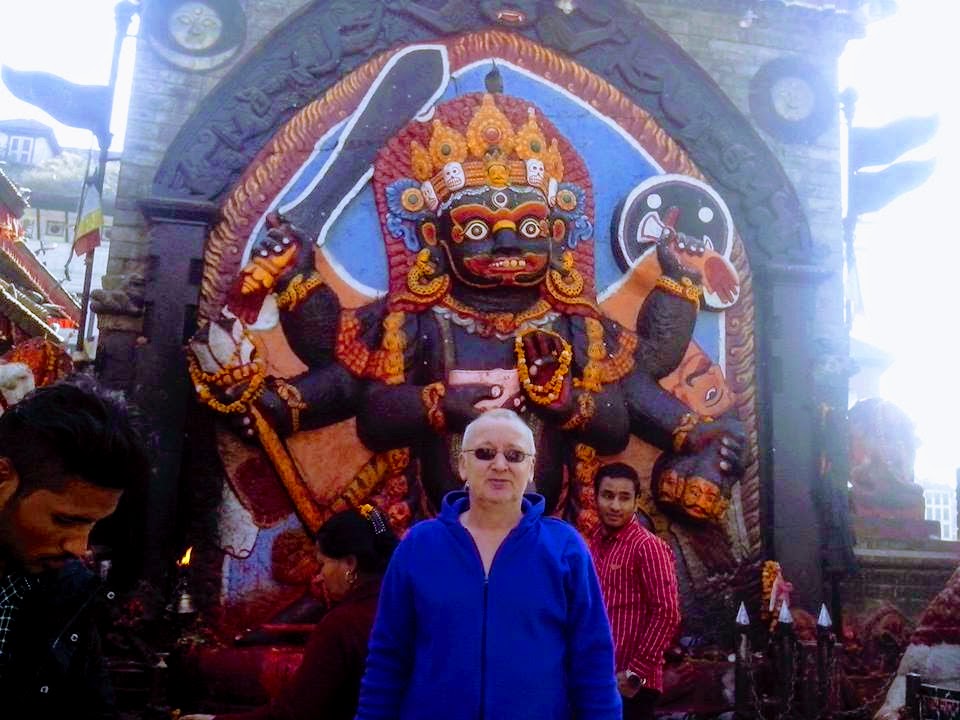 The last katmandz trait that I would like to say is the Bhairava cult – it is Shiva in his angry form. The cult is native to the Hindu tradition, but today it is also worshiped by Newari’s dzinists and Buddhists. The name of the deity comes from the word bhīru, which means ‘terrifying.’

Bhairava is known as the one who remains beyond fear, his function is to protect his followers from manifestations of anger, greed and desire.