A bunch of fresh green berries bought at a market in Canacona may look too tasty to think of it as a spice.

If you tempt yourself to try one, the itchy and burning feeling in your mouth will make you, want to, drink water for a few next hours, which I experienced personally, but only after one and a half minute after tasting the fresh berries of tirfal.

Tirphal or, in other words, Sichuan pepper, in Chinese and Nepalese (Zanthoxylum rhetsa) is just as indispensable in the Goan cuisine as salt. Without this, the standard fish curry of this region would not taste good.

Many lands in the rural regions of Goa have a high thorny tirphal trees. Green berries are harvested in August and September, and then dried in the shade until they get parted. The black shiny seeds are then throwed away and the pods are stored.

In most dishes, both vegetarian and non-vegetarian, tirphal is added as a whole or grounded when the dish is almost ready. It is important that the dish is “cooked” after the cooking – leave the pot for at least half an hour. Thanks to this, spices can release its distinct taste.

The inhabitants of Goa most often, use tirphal berries in various types of dal and other leguminous dishes, as Sichuan pepper has anti-flattering properties and improves digestion.

Even fifty years ago, when Ayurvedic knowledge was used in most homes every day, tirphal berry was a home remedy for stomach problems, especially for children. In the case of colic, diarrhea, constipation and dysentery infections, a mild decoction of fresh or dried fruit was administered. 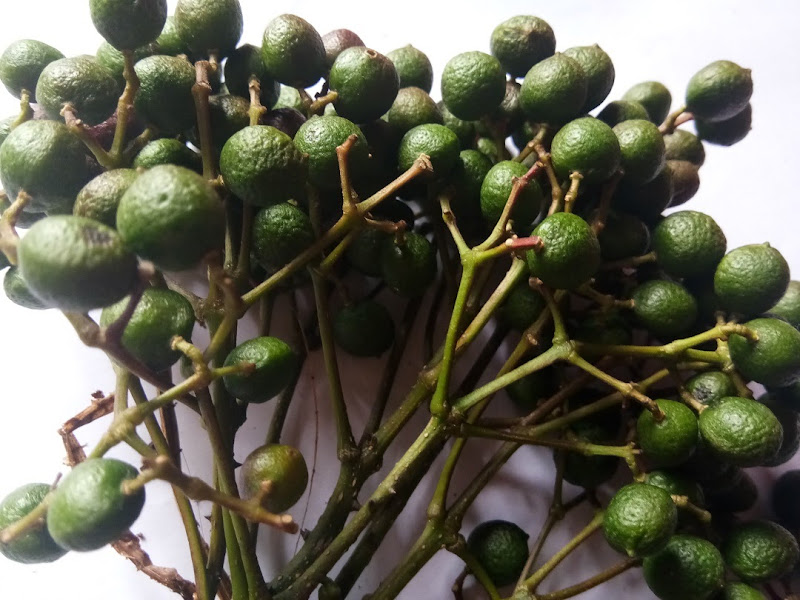 In the case of severe constipation in children and the elderly, an enema based on a fresh fruit decoction was used. Tirphal berries were also a component of many other medicines for various ailments.

Currently, however, this knowledge is not widely used – the health of children and the elderly is controlled by a regional physician every six months. Sometimes, however, when someone is hurting something, Goa people turn to members of the Kunbi tribe – the indigenous people of this region who have kept ancient Ayurvedic knowledge as a cheap and effective alternative to modern medicine.