From an air view, the Bauddhanath stupa looks like a giant mandala …

means – diagram of Buddhist cosmology. Four Buddhas set the main directions of the world, the fifth – Vairochana – sits in the middle. These five Buddhas also embody the five elements – earth, water, fire, air and ether – represented in the elements of the stupa.

On the bottom, the stupa is surrounded by an irregular ring made of 16 walls with frescoes in recesses. In 108 sculptures surrounding the base of the stupa, boddhisatwa Avalokiteshvara is presented, and his mantra – om mani peme hung – is engraved on the prayer mills around the stupa.

The base of the stupa consists of three large platforms, decreasing in size, symbolizing the element of the earth. Here, too, there are circling Tibetans with mantras, there are also Buddhists doing Ngondro practices – many people offer obeisances to the enlightened state of mind by repeating the mantra or making a mandala offer. 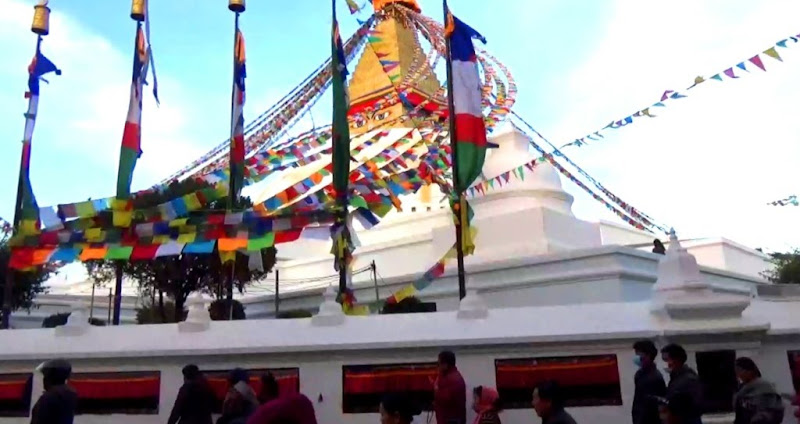 Above two round pedestals – symbolizing the element of water – support the hemisphere of the stupa. Just like the Swayabunath stupa, Bauddhanath is crowned with a square tower with the Avalokiteshvara Buddha eyes painted on all four sides.

Between the eyes is a nose in the shape of a Nepalese number 1, which in the translation into our culture is more like nine. This 1 symbolizes unity and the only way to achieve enlightenment – through Buddha’s teachings. Above is a third eye symbolizing the Buddha’s wisdom.

The square tower is topped with a pyramid with 13 steps, representing the 13-degree path to enlightenment. The pyramidal shape symbolizes the element of fire.

At the top of the tower there is a gilded umbrella symbolizing the element of air and the preciousness of the jewels below – Buddha, Dharma, Sangha. 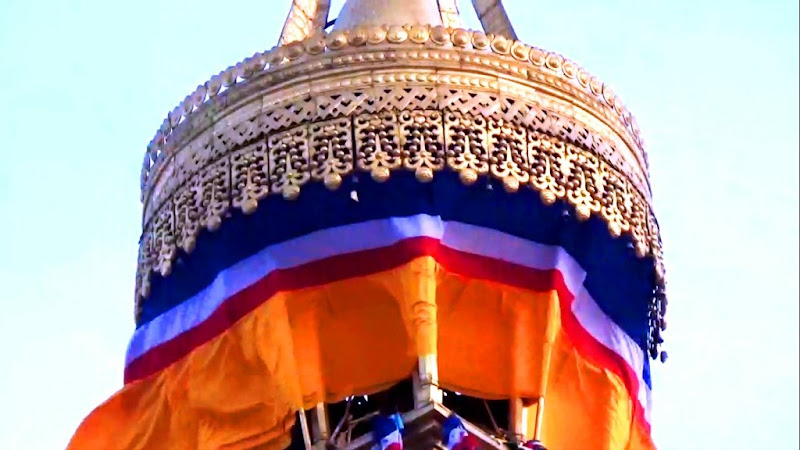 Above is a gilded spire symbolizing the element of the ether, and the Buddha Vairochana itself.

These – nine in all – levels of the Bouddhanath stupa depict the mythical Mount Meru – the center of the universe in Tibetan cosmology.

Colorful prayer flags with Tibetan mantras are attached to the stupa’s spire. They flutter in the wind, which spreads the mantras towards all the buddhas and all living beings.

Below I quote – according to the hidden terms of Guru Rinpoche, recorded by Tibetans – the benefits of circling the Boudhanath stupa and offering to stupa.

“Accounting to the hidden treasure of Guru Rinpoche, this wonderful stupa is one that the Buddha’s and Bodhisattvas of the three times have actually dissolved into and in which they abide; a mental focal point for all of them. It is like a wish granting jewel, which automatically answers any entreaty and prayer that is made to it. So even the Buddha’s of three times could not fully express or enumerate the benefits to be gained when some sentient beings with a pure thought prostates, circumbulates and make offerings to it. This is the supreme mental focal point for all Buddha’s of the three times, a field of offering of all beings including gods. Any entreaties and prayers that are made to it will automatically be realized. It grants all of the supreme and ordinary accomplishments. All births in the lower realms will be halted for any sentient beings who so much as behold this great stupa Jhyrung Khashyor, which is reminiscent of the fabled wish granting jewel. Whoever so much as hears mention of it will, in doing so, have placed the seed of enlightenment upon their mind- stream. All of these who recall it will be saved from fits of madness and paralysis and will gain an especially focused concentration. All of these who fold their hands as a mark of respect to it will come to the correct path. Whoever offers prostration in homage to it will take birth as a Chakra- wielding Monarch of a thousand world systems. All of those who circumambulate it will acquire the seven qualities of the higher existences. Whoever makes entreaties to it will effortlessly accomplish the two purposes. 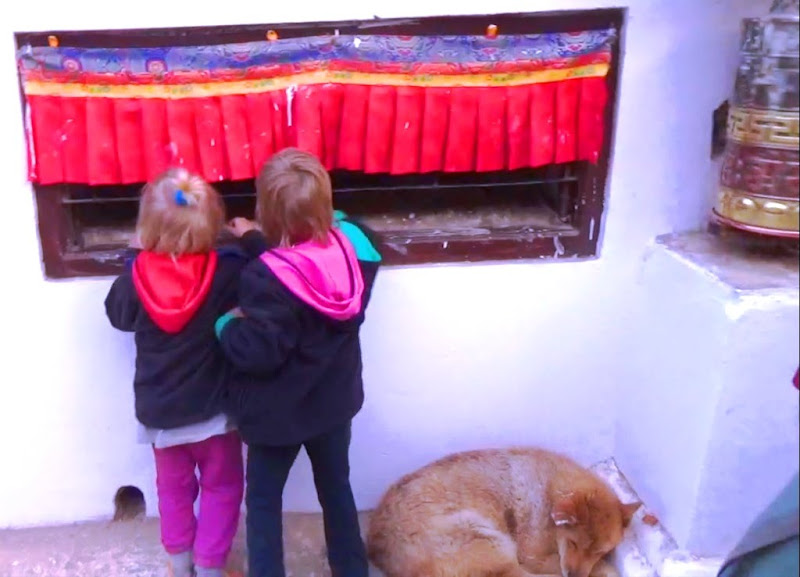 All of those who make offerings to it will be born in a place that knows no drought. Whoever offers flowers will be sure to obtain an excellent human birth with the entire conditions requisite for the practice of Dharma. All of those who offer incense will be sure to gain pure moral conduct. Whoever offers butter lamps will have the darkness of their ignorance dispelled. All who offer scented water will be released from every form of mental disquiet and suffering. All those who offer Mandalas of the five precious substances will never again suffer from poverty or destitution, but will gain access to a treasury of wealth as limitless as the heavens. All of those who offer lamps will directly behold the countenances of all Buddhas and Bodhisattvas of the ten directions. Whoever offers seed- oil lamps can be sure that all of the obscuration of their ignorance will be purified. Those who offer a fabric panoply and whitewash to the Stupa will secure for themselves a physical radiance and splendor as well as a mastery over gods, demons and humans.

All of those who receive blessings from it will receive empowerment from all the Buddhas of the ten directions. A miraculous birth appearing at the centre of a lotus in the northern pure land of Sukhavati, awaits anyone who remembers this Stupa at the time of death. But those who inflict harm upon it will, in that same life, become objects of all sorts of non-virtue. Then in their future existences, they will be born into the Avichi Hell of Ceaseless Torment a state from which there will be no possibility of escape and no means of atonement for the actions that got them there.
In summary, this great Boudha Stupa is reminiscent of the fabled wish granting precious jewel. Invested in it is the power to bring about whatever accomplishment is required, whether it is supreme or ordinary, and the ability to answer any supplication. It is because of this that the Stupa is known as The Stupa that Answers All Prayers.”