We went taking with us small bag for raining coats and some food. We started walking, by the way we turned to the shop and had drink some coca-cola. After taking brake we went back on the way and went up the road. We passed The Rock Garden Resort admiring it’s water pool. There we went up on one small hill from which I had admired the view on almost all sides of the mountain. I thought that, that view was much better than the one from Sarankot which wasn’t true of course.

After a long walk on the rocky road we got to one shop. From that shop I had made few movies with the camera. I could have see our house from that place and many people paragliding. It was really great. When my parents finished the beer we continued the journey looking for another shop with chip beer. 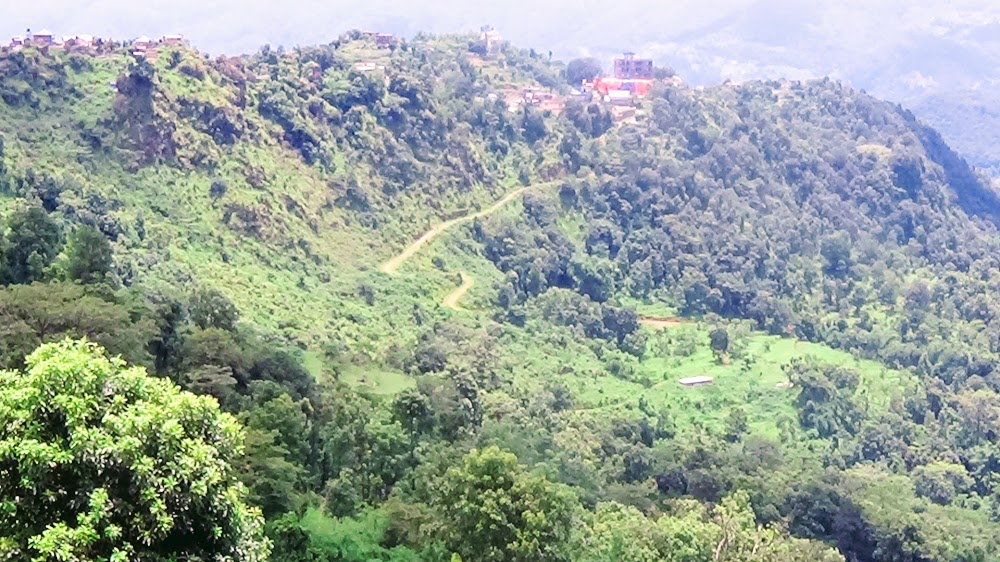 Time passed and the sun still blew our back. The view of our house was slowly disappearing from our eyes behind the other mountain. We passed some shops with expensive beer, few people trying to drive out their car from the mud and the road which was going to Lakeside. After passing that way I sow, far from us on a grade, on the other mountain, something colorful. I was curious and using the zooming in camera I looked on the clearing. It was paragliding base. The colorful things were paraglides which were coming up. I thought to make video on the way back but I didn’t manage. 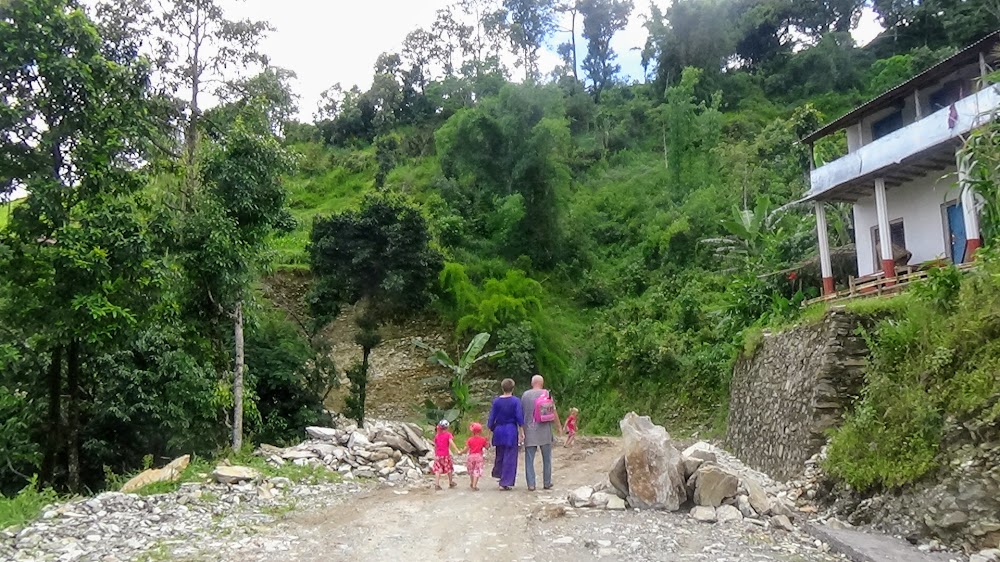 Soon we started to walk down which was disturbing because we were heading up on the highest mountain around. We asked few people living there about the way to the Sarankot, and they said that we had passed the way going straight there but we can still go the same road which was longer. My mom decided to continue on the longer way instead of turning and looking for the other one, shorter. Soon we found other shop where we had some drinks. There we met one women which told us about her family. My mom looking at her face had to make an interview. She got to know that the cast of that women is Chetri and that her daughter and husband went to Australia.

Her name was Shanti. She had invited us to her house for a lunch telling us that she have some mutton and rice. So we went with her going back the same way we came but turning side, down next to some school and pool. We stopped next to the shop to buy as she called “my mutton” which turned out to be chicken. After 10 minutes we continued, passing next to the other house where she showed her new friends. After next 5 minutes we went on a steep way straight down to her house passing some corn fields. At her house we met her sister and son of her sister. I took short rest looking around the house after which I was send to the shop to buy some beer and drinks. I took the money and went back to the shop where we met Shanti. 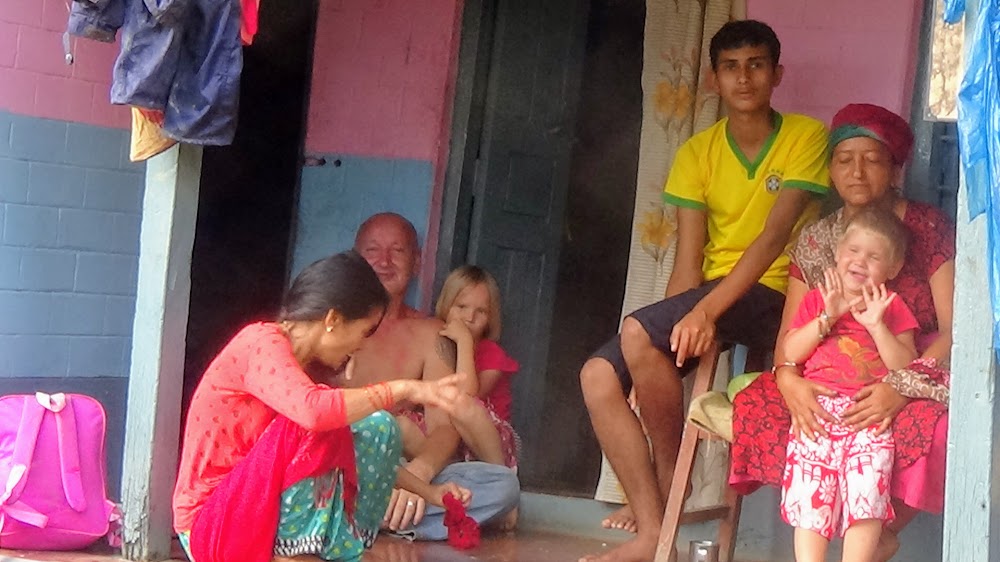 The sun was even stronger then it was before. So it was really tiring walk. It took me maybe half hour to get there, buy drinks and come back. But after that walk I got sunburned. When I came back the food was still not ready. My father gave Shanti some money as for the lunch. We did talk some time when they gave us some of the prepared chicken which I personally like a lot. But they forgot about a rice, what was quiet funny because Shanti invited us for that. Finally after reminding about almost everything they served us some rice with dall and chicken. It was delicious. Shanti tryed to ask us about everything, her english allowed her, mostly telling us to stay at her house. After we finished food and sow that clouds are coming we decided to go back. We said goodbye to the Shanti and her relatives. And as nothing happen she asked for some more money. Making really nasty faces when we refused. 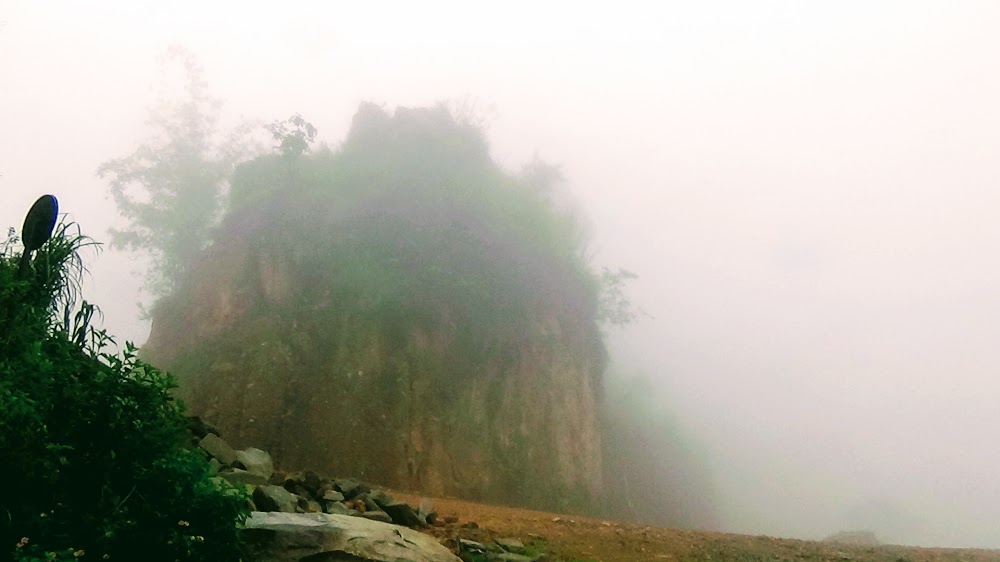 We rushed seeing that the big cloud or even fog coming our way. My mom went ahead leaving me, my father and smallest sister on the back. Slowly it got wet and the fog came to us changing into rain. On the way we caught up with my mom and sisters. At that time it was already raining. We did not bother to make a stop under some of the roofs instead going straight trough, already path of water which was a road. After some time we got to the crossroad where we went the way going up. And then there was another crossroad where we took the way up too.

That way was going opposite of the way we were suppose to go. So we turned going on the hill. From the hill we saw some house and the way going behind that building. So my father picked that way. After the way was going up on other big hills on which we climbed leaving my mom and smallest one behind. We went on top of them and the rain and fog were much stronger. We had waited for my mom but she didn’t show up so I went back looking for her. In the rain my glasses had no use so it was difficult to see anything specially in this fog. But I managed to see some people with colorful clothes on the terrace of that building we passed next to. They had shouted to me and were pointing with their hands but I didn’t see or hear much because of the rain. Very heavy rain. The only thing I understood was that they went down maybe back to the road. So I was little worried.

We didn’t turn back instead we went ahead trough some big grass leaving behind small wall made of stones.We crossed few small clifs and bypassing one house got to the road. We werren’t sure where to go so we stopped at one house where my father was thinking about staying night. But we didn’t have money and I was refusing. Instead I had encourage them to go ahead. So we went back on the road where after few minutes of walking we got back to the crossroad. I was so angry that we turned that way instead of going the right one.

It got dark and it was still raining. We went the right way going down. And after a long walk we reached our home. Mom was still missing but after 10 min. someone came shouting about her being in our neighbour house. While going with the small one she got an small injury on her forhead.

We wanted to reach Sarankot instead we saw one of the biggest rains we have seen.