The plant shows great variation depending on the type of soil, rainfall, and the place where it grows. The growing environment affects the size of the herb, its strength, and medical efficiency.

Tulasi has a sweet-sharp aroma, slightly tart, resembling a combination of mint and clove – also dependent on environmental conditions.

This is one of the many species of basil. Basil – or Ocimum is a genus of about 35 species. They belong to the family Lamiaceae – the same in which there are, among others, sage, lemon balm, and oregano.

Ocimum campechianum – common basil originating from the regions of South America, Central America, the Indian Peninsula, known in Brazil as alfavaca. A plant with smooth aromatic, light green leaves used as an admixture in ayahuasca drinks.

Ocimum gratissimum – eugenol basil, also known as African or wild hazel. Naturally, it occurs in Africa and Asia, grown widely, also in Europe due to its healing properties.

Tulsi is ubiquitous in the Hindu tradition. It is worshiped as the personification of Lakshmi. 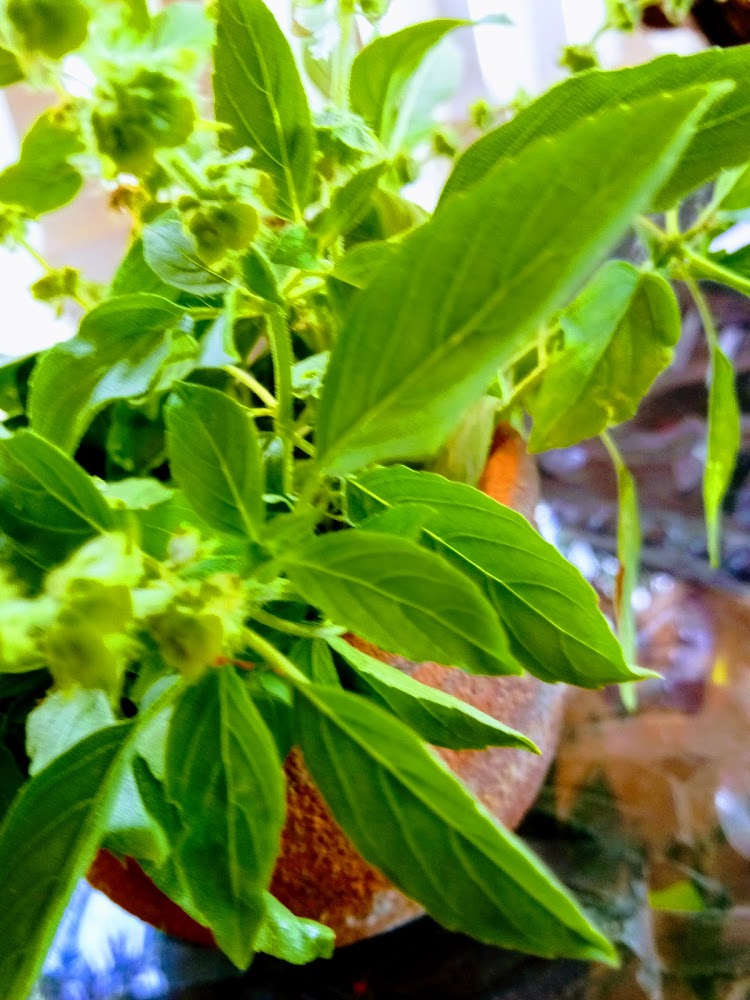 Padma Purana, an ancient Indian medical text of five thousand years, states: “Leaves, flowers, fruits, root, stem, and twigs – all tulsi elements are sacred, even the soil on which the plant grows.” In Sanskrit, the word tulsi means “incomparable.” Unlike other herbs that are considered to be sent for the benefit of humanity, the tulsi is considered the incarnation of Lakshmi herself, and all sacrifices for her are incomplete without tulsi.

Vana Tulsi (belonging to Ocimum gratissimum) grows wild in a region of the Himalayas.

While the devotees of Lord Visnu worship tulsi as the embodiment of Lakshmi, the followers of Rama worship it as the incarnation of Sita. Krishna devotees consider the herb to be the body of Vrind, Radha, or Rukmani. It is also considered an incarnation of Kalyani, Vishnu Priye, and Moksha.

According to the classic Mahabharata myth of churning the cosmic ocean – Samudra Manthana – devas together with asuras formed an alliance to together create an Amrita – the nectar of immortality – and divide it among themselves. So, together for many centuries, they beat the ocean to get Amrita, just like butter from milk.

However, Lord Vishnu confessed to the devas that he intended this nectar for them alone. Before finally, the desired drink appeared, the nymphs born of water began to emerge from the ocean among the treasures of unusual beauty. Soon, Lord Vishnu also emerged from the ocean and handed the amrita to devas.

Then the beautiful Lakshmi emerged from the ocean and all of them were impressed by her amazing beauty. She crowned Vishnu with a garland of flowers, choosing him for her husband. It is said that Lord Vishnu was so impressed by her sincerity, devotion, and righteousness that he blessed her with the grace of eternal worship by people in the form of tulsi herbs. From now on, a tulsi herb is considered to be the form of Lakshmi’s presence in the human world.

Tulsi is widely used to preserve spiritual purity. It is called Bhutagni, which means “the destroyer of evil spirits,” therefore it is used to protect the soul of the deceased during the death ceremony. It is widely used to maintain the purity of rituals, the presence of herb during the ritual carries a guarantee of success.

To ensure the passage of the dying person to the heavenly kingdoms, the tulsi herb is inserted into his mouth. During the eclipse, tulsi leaves are eaten to avoid psychological contamination. At this time, they are also placed in boiled food and stored water to avoid poisoning. Funeral stacks should contain tulsi wood – the personification of Bhutagni, the demon destroyer – to protect the spirit of the dead.

Twigs and leaves of tulsi hang on the threshold of the house to avoid troubles and nagging ghosts. Essentially, the presence of a plant in your home guarantees peace and harmony.

Each part of the plant has a therapeutic value. The tulsi leaves are particularly useful – they strengthen the stomach and cause profuse sweating, they can also treat various types of fever. They are used to prepare calming tonics, extracts lowering blood pressure, and as a component of antitussive syrup.

In studies conducted on rat and mouse populations, decreased fertility was detected by stopping spermatogenesis in males and shortening ovarian time, which indicates the contraceptive properties of the herb.

Tulsi-based preparations inhibit the activity of E.coli, B.anthracis, M. tuberculosis, and other pathogens.

They also have a larvicidal action in the case of mosquito infections of the genus Culex, which inhibits the development of dengue/malaria.

The use of tulsi reduces the level of cholesterol in the blood and relieves diarrhea and vomiting in children.

It is used to treat:

Recent studies have shown that the herb can protect against radiation poisoning and also repair cells damaged due to radiation.

For over 5,000 years, it has been used in Ayurvedic medicine. Charaka Samhita – the oldest of the three preserved medical tractates says that herb is an antidote to poisoning, a remedy for kidney disease and arthritis, and soothes insect bites, as well as a factor that cleans the polluted air. 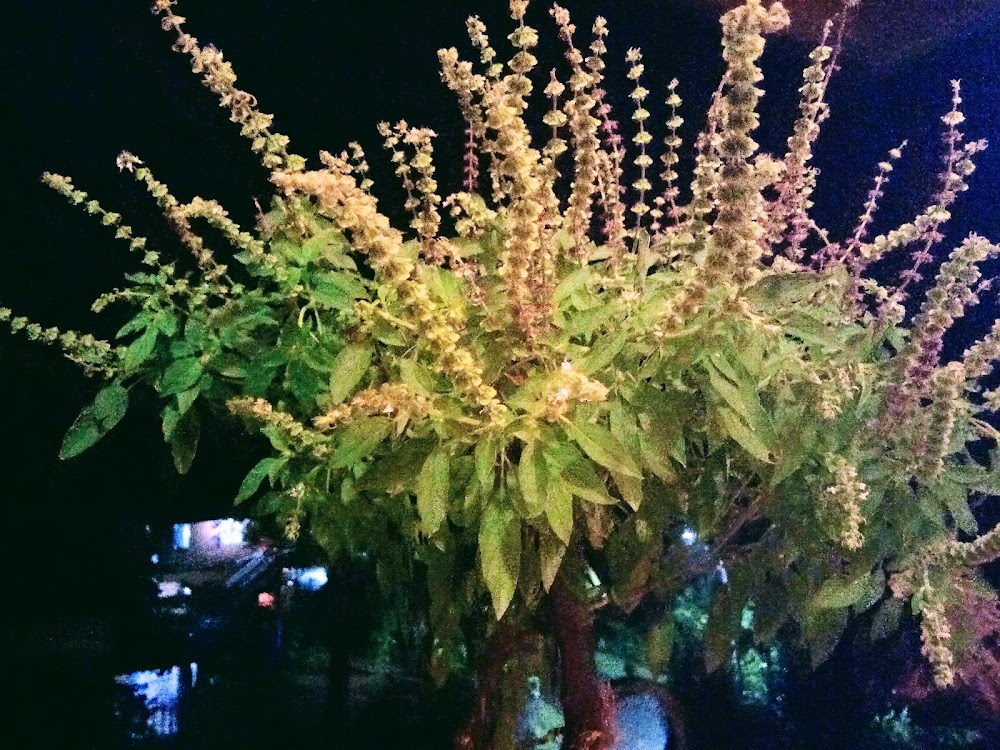 The aroma of this plant acts as an insect repellent, for example, mosquitoes. Its scent deters snakes and that’s why many people in India cultivate tulsi around their homes.

Preparation of the drink

During the rainy season, protection against dengue/malaria infections with a tulsi based cleansing tea is applied:

A decoction of tulsi is made with powdered cardamom – this preparation should be boiled with 1: 1 milk and sweetened.

This drink – consumed every two hours – is also used to break the fever in both children and adults.