However, it has been very common in Hindu culture for a long time. Also today, many mothers, in India, Nepal, and the Middle East, paint their children’s eyes with kayal – an Indian equivalent of eye-liner – obtained from oil, herbs, and soot. It is believed that it has a cooling effect on the eyes and protects them from the harsh rays of the sun.

To this day, it is also believed that the use of kayal around the eyes, or anywhere else on the face – children have sometimes painted dots on their cheeks – has the power to drive away glances carrying curses. In the societies of Hindu culture – and apparently also in many southern societies – there is a view that children are easily susceptible to the so-called ‘evil eye’ or ‘eyes of the devil’. Also in our culture, many people describe events when someone very much praises the child as nice or wise, and then – for unknown reasons – the child becomes tearful, disobedient, or inept. 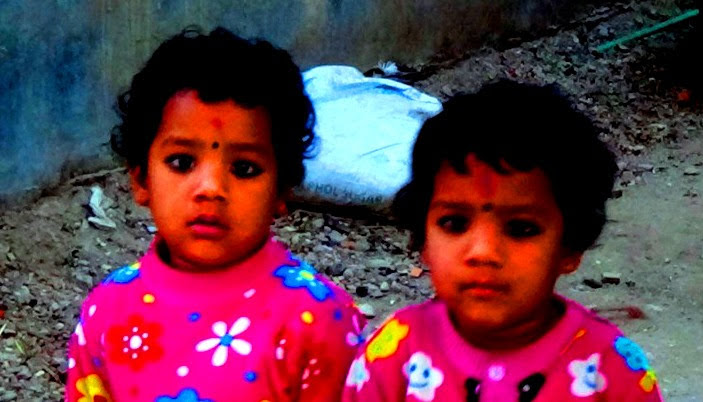 Until recently, each mother domestically obtained kayal – combining soot from olive lamps with ghee. Nowadays, available cosmetics are bought, but natural resources are still used in many homes.

When obtaining the cosmetic using the home method, are used sandalwood and one of the types of oil, for example, coconut. Both components have special cooling properties, which is important in the summer season. Other home recipes use ingredients such as powder of dried haritaki fruits, camphor, ghee (clarified butter), and sesame oil.