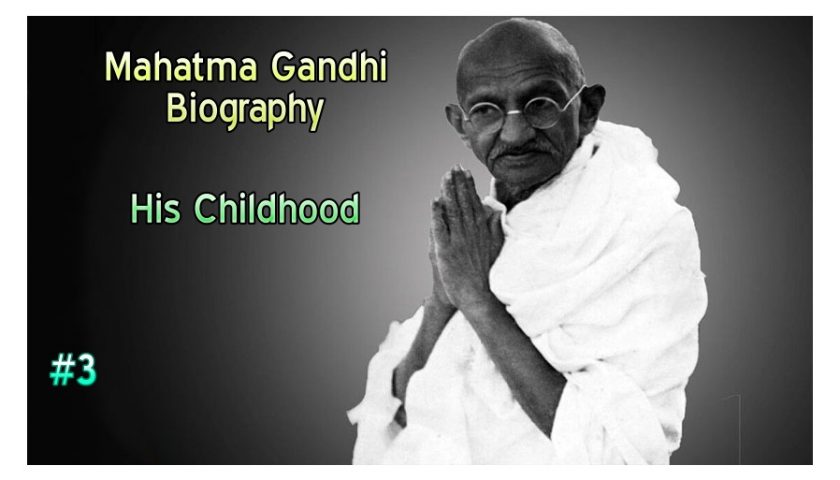 While learning about Mahatma Gandhi, I found this and it’s really great. I leave this piece of work here to pass on…

“In a small, white-washed house in Porbandar, on the coast of Kathiawad in western India, Mohandas Gandhi was born on October 2, 1869. His parents were Karamchand Gandhi and Putlibai. He was small and dark, and looked no different from the millions of other children born in India. Yet this was no ordinary child. He was to fight and overcome a great empire and, without taking to arms, set his country free. He was to be called the Mahatma, the Great Soul. Having led his people to freedom, he was to lay down his life for their sake.

Porbandar is an old sea-port, overlooked by the distant Barda Hills. Even in ancient days ships from far off lands went there to trade. It was the ancestral home of the Gandhi’s. The grandfather and father of Mohandas were famous for their ability and for their upright character.

Grandfather Uttamchand Gandhi, who belonged to a humble family of merchants, become the Dewan of Porbandar. He was succeeded by his son, Karamchand Gandhi popularly known as a Kaba Gandhi. Karamchand had very little formal education, but his knowledge and experience made him a good administrator. He was brave and generous. He had, however, one fault a bad temper.

Putlibai, Karamchand Gandhi’s wife, was deeply religious. Every day she worshipped at the temple. She was a lovable and strong willed woman, widely respected for her wisdom and good sense. People often sought her advice on various matters.

Mohandas was the youngest of the six children of Kaba Gandhi. He was the favourite child of the family and was called ‘Moniya’ by his fond parents and their friends. Moniya adored his mother. He loved his father too, but he was a little afraid of him.

As a child, Moniya seldom liked to stay at home. He would go home for his meals and then run away again to play outside. If one of his brothers teased him or playfully pulled his ears he would run home to complain to his mother. ‘Why didn’t you hit him? She would ask.

His mother wondered where her little son got such ideas. Moniya was just seven years old when father left Porbandar to become the Dewan of Rajkot. Moniya missed Porbandar, and he missed the blue sea and the ships in the harbour.

At Rajkot he was sent to a primary school. He was shy and did not mix easily with the other children. Every morning he went to school in time, and ran back home as soon as school was over. His books were his sole companions and he spent all his free time alone reading.

He had one friend, however, a boy named Uka. Uka was a sweeper-boy and an untouchable. One day Moniya was given some sweets. He ran at once to Uka to share them with him.

‘Don’t come near me little master,’ said Uka.
‘Why not?’ asked Moniya, greatly surprised. ‘Why can’t I come near you?’
‘I am an untouchable master,’ Uka replied.

Moniya took hold of Uka’s hands and filed them with sweets. His mother saw this from a window, and she ordered Moniya to comer in at once.

‘Don’t you know that high caste Hindu should never touch an untouchable? She asked sternly.’But why not, mother?’ asked Moniya.
‘Because our Hindu custom forbids it,’ she said.
‘I don’t agree with you, mother. I find nothing wrong in touching Uka. He is not different from me, is he?’

His mother had no answer. She angrily told him to go and have a bath and say his prayers.

Karamchand Gandhi loved all his sons, but he was specially fond of the youngest. He often said to him: ‘You must go to high school and college and take up a profession.’

Moniya worked hard, and did his lessons carefully. But he did not learning by heart and was therefore weak in Sanskrit. Geometry he liked best because it involved reasoning.

Once Moniya happened to read the story of Shravana. Shravana’s parents were old and blind, and he always carried them with him in two baskets slung on a yoke. Moniya was deeply touched by Shravana’s devotion to his old parents. ‘I must be like Shravana,’ he resolved.

At about this time he also saw a play about Harishchandra, a King who was famous for his love of truth.

‘Why shouldn’t we all be truthful like Harishchandra?’ he constantly asked himself.

Mohandas was only thirteen when he was told that he was soon to be married. His parent has already chosen his bride. She lived in Porbandar and her name was kasturbai. She and Mohandas were about the same age.

The wedding day approached. Mohandas was dressed in new clothes. Everyone was gaily dressed and the house was decked with flowers and banana leaves. The bridegroom, accompanied by the wedding party, left for Porbandar.

In the Bribe’s home it was a day of great celebration. There was singing and dancing and music. At the auspicious hour the bridegroom and party arrived.

Kasturbai, dressed in red and wearing elegant jewellery, was shy but attractive. Amidst great rejoicing, Mohandas was married to Kasturbai.

The celebrations lasted a whole week and then the bride left her home in Porbandar and went with her husband to Rajkot. Kasturbai was a pretty and lively girl. Mohandas and she often played together. Mohandas and she often played together. Some times Mohandas tried to teach his young wife, but she could never concentrate on books, though she was quick to learn the household work.

One day Mohandas met Sheik Mehtab, a friend of his elder brother. Sheik had a bad reputation. Mohandas knew this, yet he was much impressed by Sheik because he was strong and tall.

Sheik was a meat-eater and he often told Mohandas that if he ate meat he would also grow tall and strong.

There was also at that time a reform movement for a change in the orthodox ways of life. Mohandas himself had heard that many well-to-do people had started eating meat, so he tried meat. He did not like the taste of meat but as time went on h e started to like meat curries.

Whenever Mohandas had a meat meal outside, he had to give his a mother some excuse for not eating his dinner. He knew that his parents would not forgive him if they knew he had eaten meat. He was not against eating meat then, but he was against telling a lie to his mother. This feeling was gnawing at his heart and finally he decided not to touch meat again.

Mohandas has also taken to smoking with Sheik, his brother, and another relative. He had to pilfer small amounts of money here and there with which to buy cigarettes.

One day, in order to pay off a debt which his brother had incurred, Mohandas stole a piece of gold. Stealing was a great sin. He knew that he had committed a great crime. He resolved never in his life to steal again. He wrote down a confession of his crime and handed the paper to his ailing father.

Karamchand Gandhi read the confession. He tore up the paper without saying a word. The bits of paper fell to the floor. He sank back on his bed with a sigh. Mohandas left the room, tears streaming down his face.

From that day, Mohandas loved his father more and more. Everyday he hurried home from school to wait on him. His father’s condition grew worse and at length he died. The house was filled with sorrow.

Mohandas was only sixteen when his father died. 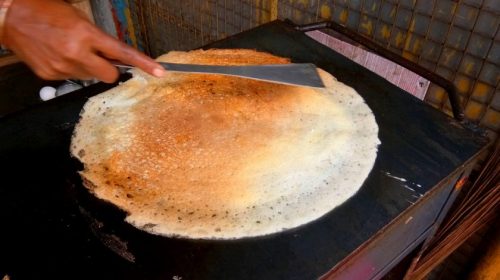 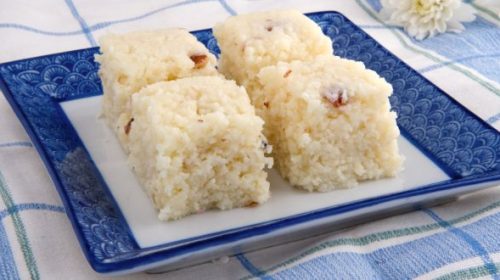 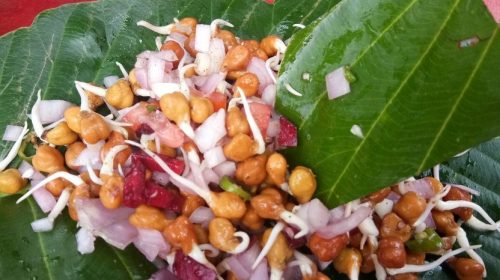 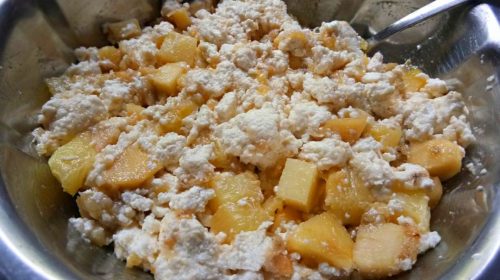 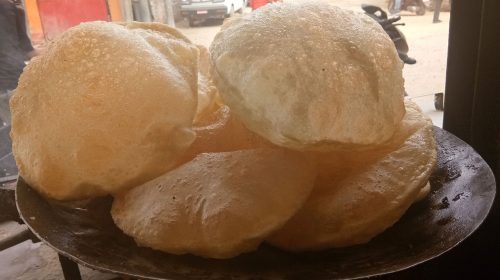 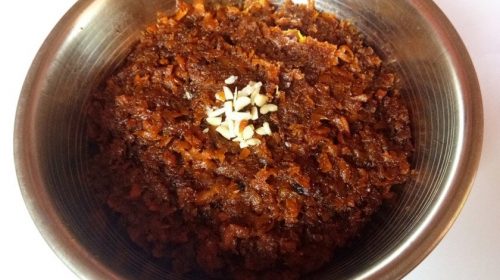 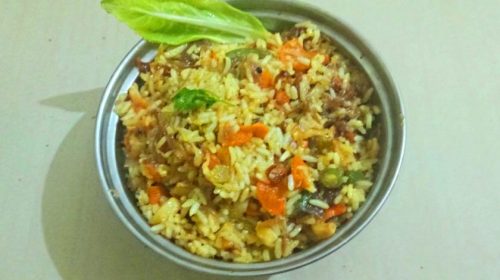 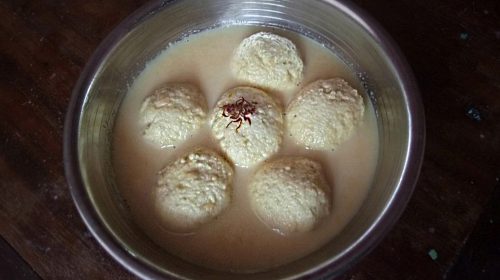 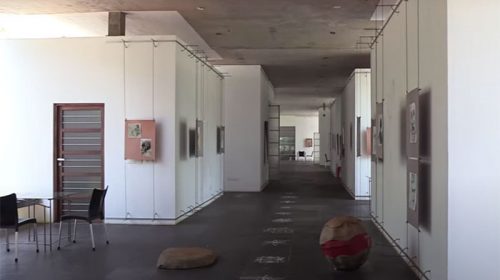 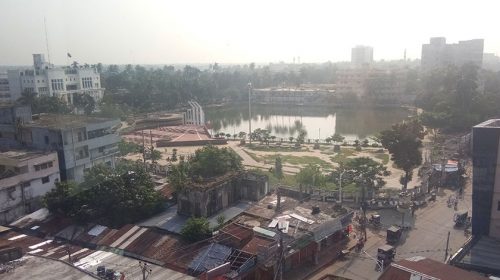 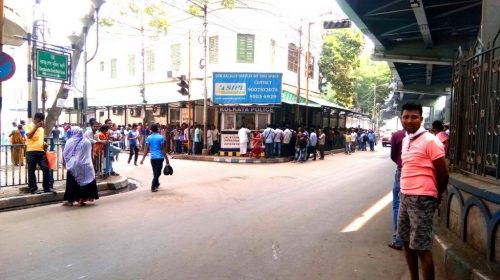 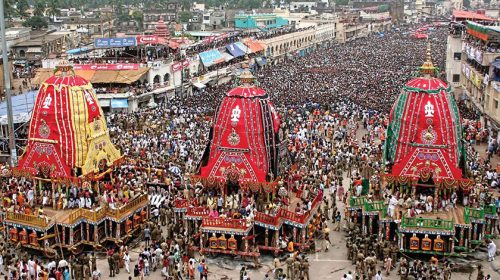 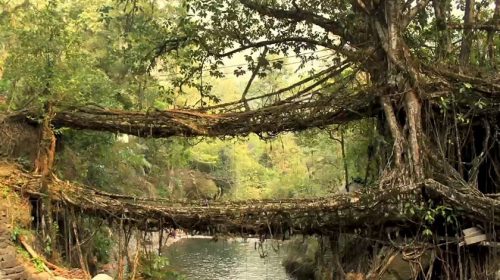 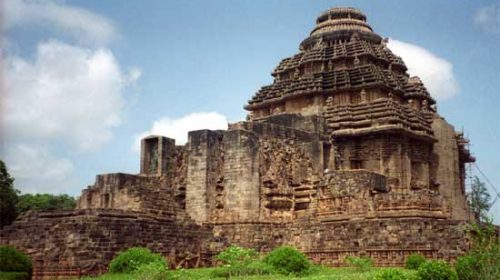 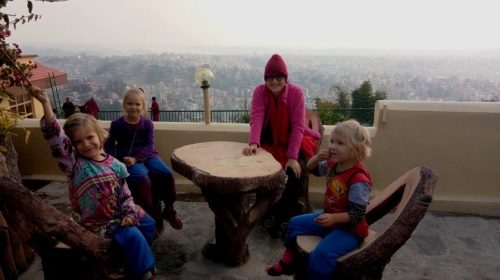 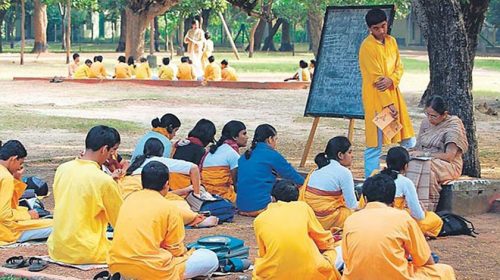 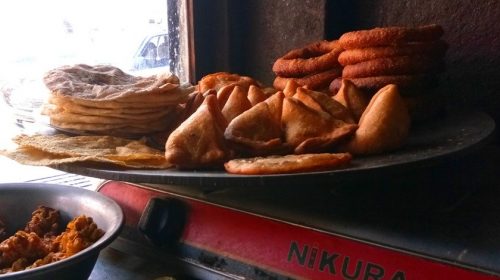 “Namaste” is not all that you can hear... 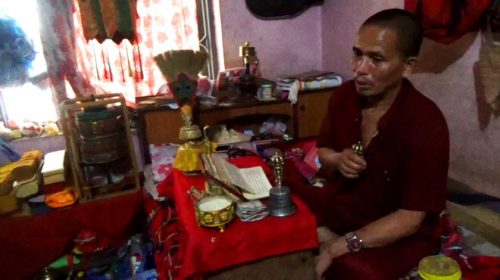 The Tamangs who live in Kathmandu enjoy their... 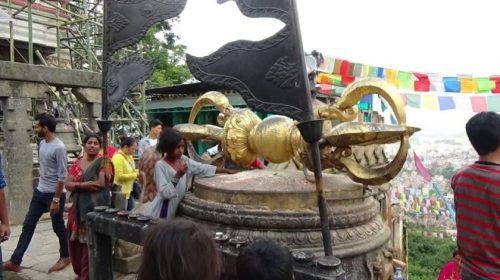 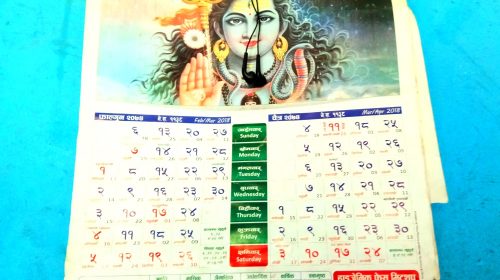 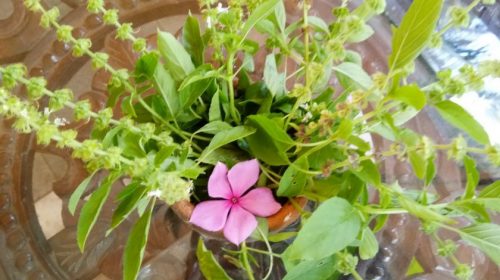 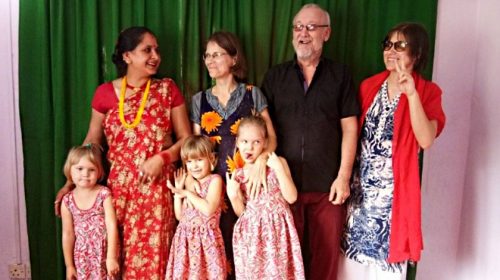