Pongal is celebrated in south India mostly in Tamil Nadu. 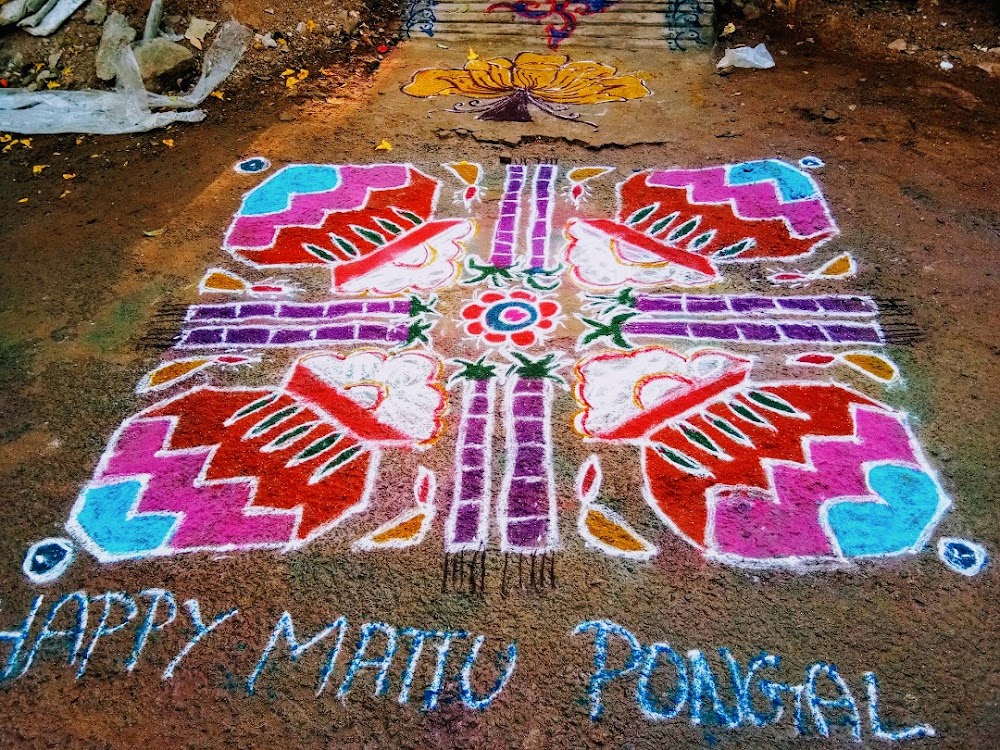 The word Pongal itself means “boiling over” or “spilling over” (of milk and rice) in Tamil, signifying abundance and prosperity.

Pongal is usually held from January 13–16 in the Gregorian calendar i.e. from the last day of the Tamil month Maargazhi to the third day of Thai.

It is festival that brings respite to the people as it marks the end of cold winter and the beginning of spring. From this time onwards the length of the day increases and that of the night shortens. It also signifies the beginning of a new cycle.

It is celebrated as Pongal in South India and Makar Sankranti in North and Central India. In Uttar Pradesh, it is marked by kite-flying.

The saying “Thai Pirandhal Vazhi Pirakkum” meaning “the commencement of Thai covers the way for new opportunities” is often quoted regarding the Pongal festival.

Tamils thank the Sun god (Surya) for the good harvest and dedicate the first grain to him on puja called ‘Surya Mangalyam’. Tamilians decorate their homes with sugarcane sticks, banana, and mango leaves and embellish the floor with decorative patterns drawn using rice flour, called rangoli. It’s believed that when you put kolam in front of a house, Lakshmi would bless the house and family.

The most important part of the Pongal festival is cooking the Pongal dish. Venpongal is made with rice mixed with moong daal and cooked with ghee, cashew nuts, raisins, and spices. There’s also a sweet version of Pongal called Sakkarai Pongal. It’s made with jaggery (kind of sugar made of sugarcane) instead of spices.

It is cooked in new clay pots, on stoves made with stones and wood used as fuel. When it starts to boil over, everyone shouts out “pongalo pongal”.

Beautifully decorated clay pots are sold in markets all over Tamil Nadu in the lead up to the festival.

Southern states have a special and unique way of celebrating Pongal. The first day is called Bhogi where many people get rid of old household items and purchase new items.  This marks the start of a new cycle. Houses are thoroughly cleaned and decorated. The entrances are adorned with rangoli (kolam). People buy new clothes and take oil baths.

On the second day, the main one, people worship the sun god, Surya. It is celebrated by boiling fresh milk early in the morning till it overflows. After they gather to cook the Pongal dish. It’s offered to the Sun God during prayers and later served for lunch.

It is the third day on which people worship cattle. Cattle are important by providing dairy products and fertilizers. They are also used for transport and plowing and are treated as wealth. Cows are also decorated, their horns painted. In Thanjavur, owners line up their cows for blessings at the Big Temple.

The last day of festivities, when birds are worshiped. Balls of cooked rice are prepared and left out for birds to eat. People go on picnics and spend time with family and friends. In fact, the word Kaanum means ‘to visit’. People also thank family and friends for their support during the harvest. This day is commonly celebrated as a family day out.

Popular attractions on the third and fourth day of Pongal used to be bull fights and bird fights (Jallikattu), particularly in Madurai. However, there’s been a great push to outlaw such activities in recent years. Nevertheless, the bull fight in Madurai is still a major tourist attraction. Jallikattu takes place in villages across the state as well.