… at the end of the Nepalese Falgun month according to the Bikram Sambat calendar. 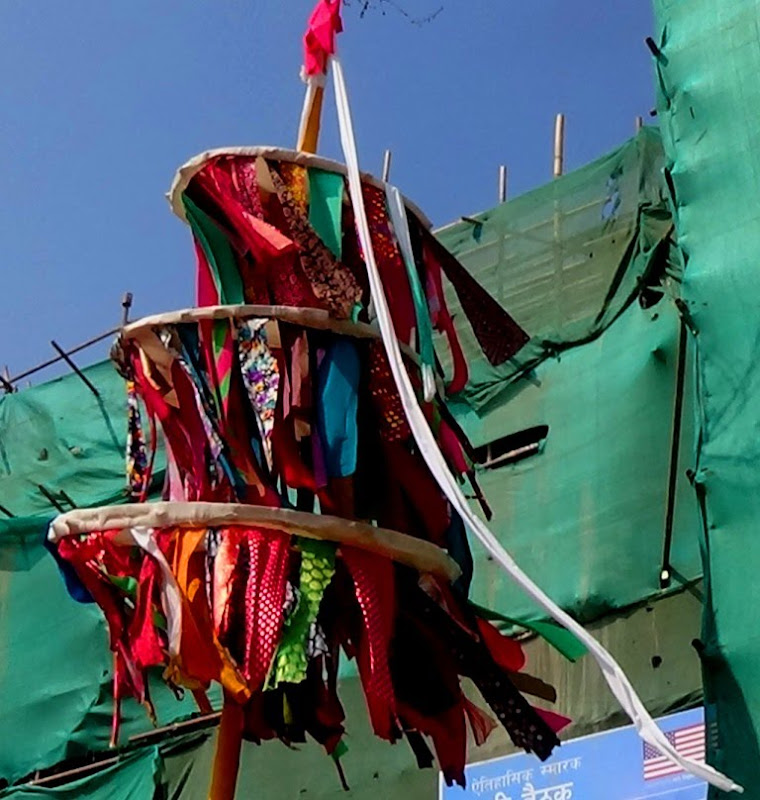 In Nepal, the Holi festival begins the week before the main day of Holi. At noon on the first day of the festival, in front of the Kumari house on Bashantapur Durbar square in Kathmandu, a so-called chir – a long bamboo stick covered with pieces of colorful fabrics – is set up. On the day of Holi, the chir is taken to Tudikhel Square and burnt there. In villages and city streets, there are many bonfires, which are a very important part of Holi. Ashes from fires are taken home, because it is believed to provide protection against evil. People also play and dance, some people drink regional bhang or rakshi (local alkochol).

The event is called Chir Haran or Holika Dahan. One of the legends says that this festival was created as a celebration commemorating the death of the evil witch Holika. Many times she tried to kill her nephew, a Vishnu devotee, who provided the boy with protection from her spells. Although Holika, protected by Shiva’s blessing, thought that the fire could not destroy her, she eventually died from it.

Although the festival is celebrated for seven days, people usually celebrate only the last two days, pouring each other with paint and water. Children start playing with water and paints on the first day of the festival. In the past, people used bamboo water guns called pichkari to pour colored water. Currently are used balloons filled with water – called in Nepalese lola – and plastic pichkari.

Holi is an official holiday in Nepal, a day off from work. Offices and schools are closed at Fagun Purnima, the last two days of the festival.