The time started to rush and in no time it was time to leave as our Indian visa was about to end.

20th we started packing and deciding what to take. In the evening we made a feast to which came Amsa, an Indian woman, our friend and the owner of our flat. I also called our old friend Swetlana, and I managed to drag her out of business, giving her an opportunity to finally relax. All evening we rested, eating and drinking but by night everyone had to go home promising to come say goodbyes in the morning.

All night I didn’t sleep as it is easier for me than waking up in the early morning. I packed a little bit and watched movies in the meantime. By 12:00 o’clock we were ready. In the last moment came Swetlana wishing ‘happy journey’ and Amsa telling us to come back one day.

With those words, we left the house, walking in the direction of a bus station. Our next stop was Chennai where we had a train to Gorakhpur – the closest city, with railway, to the Nepal border.

The ticket costs 1,000Rs per seat. We bought them in Pondicherry, one day before departure – as a Tatkal booking way says. The name of a train is Rapti Sagar Express. The journey was 2 days long and of course, it had to go by a tradition and run late by 8 hours.

So we sat on a bus and after 3 hours of listening to Tamil songs and sleeping, we were in Chennai. In no time we found the closest train station and got a ticket to the right station. We wandered trough stations till finally, we found the Central one. – (More about the stations in Chennai find here).

So we could go explore the city and eat a dinner. Not far from a station we found a nice local place where we ate rice, dosai (kind of pancake) with chutney (cold sauce for dosai), parotha (kind of bread) with curry. It was a lot for a small price. As the place was crowded, there was not much space but we managed to find seats for each and a free peace of table.

Full and happy we came back to find a place to wait. Our train was supposed to come at 11 pm but finally, it came by 7 in the morning. The night we slept on unfolded blankets of our own. It the morning we got ready and after announcing of the platform, we rushed to the train.

After managing places and spaces again we fell asleep. We ate a breakfast made of omelet and then watched cartoons on youtube on mobile. Sometimes playing games too. For dinner we had a chicken rice, ordered few hours before – as a man was taking orders. For me, the night was not very comfortable. As the shelves/beds were stiff and small, side on which you sleep starts to pain and lying next to a – all the time – moving sister, doesn’t help.

Next morning I could feel the rising cold – we were heading north – or was it just the morning time. I woke up complaining about the cold, – I didn’t go out of, under the blanket, for a whole day – my mom had covered me and my sister with 2 more blankets. We were on the upper bench so we had our own space to watch and play. We covered our heads with blankets and watched cartoons on mobile. After my mom had left on us the rest of blankets they didn’t use. It was so comfortable, and warm and we could just entertain ourselves with the cartoons. I can’t explain the comfortable, with words (especially in English).

Before the end, we took care of wearing more layers than usual. We arrived at the morning around 8. We ate breakfast and started looking for a bus to Sunauli (the border). Before breakfast, everyone were calling us for a bus but we did not care. And after, or there were no buses or everyone got tired of calling us. So we went for a walk to the bus station not far and immediately found a right bus.  We took back seats. The journey by bus from Gorakhpur to the border (Sunauli) took around 2 hours. On the borders, as always we had to get stamps on our visas telling that they had finished. When we got our passports we were ready to cross the borders.

While crossing you can feel the change everywhere, one of them is the name of the city you are in. Now we were in Belahiya. But first things first we had to be there legally means we had to buy Nepal visa. Almost immediately after the border on Nepa side, you will find the Immigration Office. There we have to take time deciding how long we want our stay to be and to fill the papers.

After filling the papers, we had to pay, we wanted to pay in Rupees but they insisted to pay in Dollars. To do so we had to visit a Money Exchanger where the currency was:

We decided to take the visas for 3 months for 300$ as children are free. Then we got ourselves a new set of stickers on our passports. After checking that everything is alright we went ahead heading to our old known hotel.

We left all the bags and went looking for a dinner, surprisingly it was quiet a fast day. We ate some chaumin (noodles) and fish not forgetting about a drink. After that, knowing that on the opposite side of the road is our favorite grilled buffalo meat, we went there even after being full. We found a nice place serving chay and some snacks. It was run by a family of two sisters. We drank chay and ate a little spicy buff. Then, of course, we came back to the hotel. 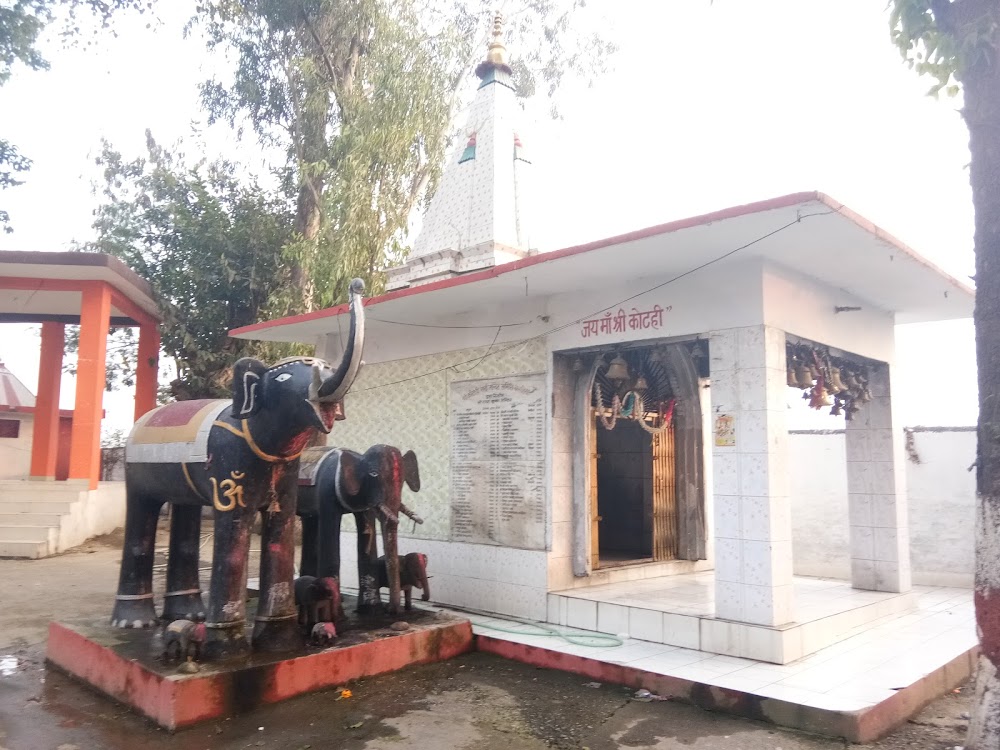 The next morning I got to know that we will stay there one more day just to relax and rest. Half day we spent at the hotel and the other half as usual – exploring. We went to unknown backs of the city where it looked more like a village. By the time my father was buying a drink, my mom got friendly with a Nepali Woman. After wondering around we found one small Hindu Temple where we got a blessing from a Sathu. On the way back we ate some samosa and then we met the same Women. She showed us her beauty salon and told us a little about herself, we did the same. She gave us her contact asking us when will we come back to Belahiya. Saying goodbye we left home.

As it is known well, after a long journey you need a shower, but we did not do such a thing as it would be the same as getting into the ice.

In Belahiya, buses to Kathmandu are going every hour. The cost of a ticket the people almost everywhere were telling us was around 750Rs but the real price is 500Rs.

We decided to leave in the morning. Went to sleep early and woke up early, about 7 am. After packing and getting all the warm layers on we were ready. First, we went to the family of 2 sisters to drink chay and eat breakfast. The bus was going at 9 am. After paying and saying goodbye we headed to the bus. Found our places and continued our journey.

The journey was supposed to take 9 hours but it took 14. At around 1 pm as I think we had a stop for lunch. You buy a ticket and exchange it for a plate with food. You can get more after. Veg is 130Rs and Chicken 230Rs. I was s surprised by the difference in prices as a chicken was just a small bowl of sauce and chicken. But after I was satisfied as we could get more of sauce which is 10 times better than dhal (sauce made of lentil seeds) which is the main sauce for the rice. The lunch finished quiet quickly and we were back on a bus.

In Kathmandu, we reached at 11 pm. We took the bags and went into the direction of Tamel where our lovely hotel was waiting for us (they didn’t, even didn’t expect that was just an expression). We walked trough a quiet roads and dark ways in the cold city on a mountain till finally after 30 minutes… we reached.

There were no doors closed, the only gate was. Few ‘Helo!’ was enough to wake up a man, who in rush gave us 2 rooms for cheap price. As it was late he just wanted to go back to sleep, ‘all the papers in the morning (and prices and rooms)’. So happy with 2 keys in hands we went to settle and finally rest.

Always when we were in Kathmandu we settled in Rosebud Hotel (it is the Hotel we were in now). And somehow it happened that we always had the same room which has 1 big bed and 2 small. It is a room, let’s say, divided on two. When you come in you see a big bed, television, some table, small chair to it and it is all crowded. Then you close the door and there you have the second part. In short – it is a great room for a great price.

So the man said ‘In the morning that room will be free, so you can move there (in the morning)’. We were happy to get 2 rooms just by his rush and for the same price.